What Are Whippet Drugs? 8 Facts You Need to Know

Also referred to as a whippit, a whippet is the nitrous oxide charger used in whipped cream dispensers. Although nitrous oxide gas (laughing gas) is normally used in hospitals, especially by dentists for anesthetic purposes, some people use whippets and inhalants to get high. But what are whippet drugs and are they dangerous? Continue reading to learn more about whippets.

What Are Whippet Drugs?

Whippet drugs simply refer to the use of nitrous oxide as a recreational drug. In the United States, the use of this inhalant for recreational purposes was very common in the early 19th century when other harder drugs like cocaine, heroin, crystal meth, among others, weren’t readily available. But it is still very widespread in the country and in other parts of the world.

Its ecstatic effects have led to its widespread use among the people in the upper class. Scientists were compelled to incorporate nitrous gas into modern anesthetics after observing how people who inhaled it as a recreational drug walked into walls without signs of pain. The name whippet is derived from whipped-cream aerosol canisters that people break open to access the gas inside.

Since whippets can easily be obtained from legitimately purchased products, they are now among the most abused drugs in the US and other parts of the world. Unfortunately, teenagers who are under the age of 18 years are among the top users of whippets, despite the fact that many countries have come up with laws barring businesses and medical facilities from selling nitrous oxide to minors.

Like other inhalants, whippets are normally abused by breathing the fumes in close-range, concentrated surroundings. Most users cover their heads together with the canisters with a bag or face mask to inhale the gas directly.

Others transfer the gas to a balloon and inhale it from there. Although its euphoric effect is quite intense, it is short-lived. So, cases of repeated “puffing” are very common.

Is It Illegal to Do Whippets?

In many American states, it is not illegal to possess nitrous gas, but it’s illegal to inhale it for recreational purposes. So, if you are used to inhaling the compressed air in the whipped cream canister in your refrigerator for a quick high, you’ve been committing a misdemeanor. The gas that’s used to force the whipped cream out is called nitrous oxide, and it’s available in different forms.

However, it’s important to mention that it is not illegal to purchase the different forms of nitrous gas in small canisters, over the counter. These canisters are the ones placed in dispensers to make whipped cream. But it is illegal to inhale the nitrous gas inside the canisters, either directly or by transferring it to a balloon for a buzz.

Therefore, unlike marijuana and other inhalants (whether they contain nitrous oxide or not), whippets have a legal distinction, especially in the United States. The law specifically prohibits inhalation of chemical agents that can cause intoxication, euphoria, exhilaration, dull your senses, or cause excitement. Doing so can lead to a 93-day misdemeanor with a fine of up to $100.

Whipped cream can be found in almost any grocery store, while whippets can be bought over the counter at nearly any heap shop. Their popularity and availability can be attributed to the fact that inhalants are the fourth most abused substance after alcohol, tobacco, and marijuana.

Before you start using whippets for a buzz, you need to be aware of everything about them and what could happen in the short-term and long term. Here are some important facts about whippets that you need to keep at the back of your mind.

1. Complications Caused by Whippet Abuse Can Be Treated with B12 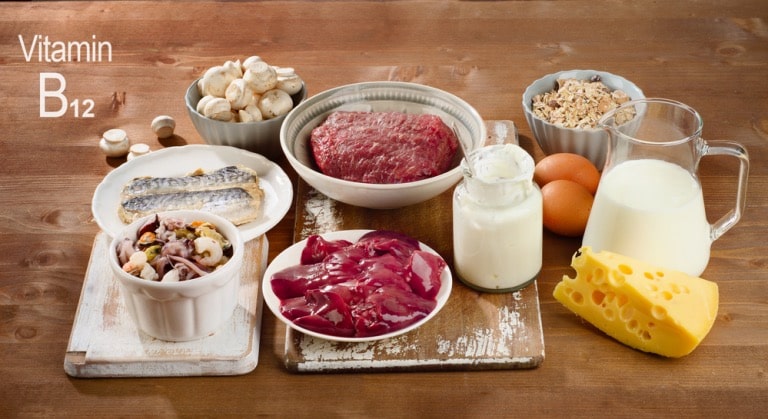 Vitamin B12 occurs naturally in certain foods and dietary supplements, but the abuse of whippets can prevent your body from absorbing this vital nutrient, causing a serious deficiency. This condition is commonly referred to as cobalamin deficiency.

When you are vitamin B12 deficient, you are highly susceptible to anemia and other health complications like fatigue, numbness, memory loss, lack of coordination, and breathing problems. Therefore, you need to take enough vitamin B12 supplements if you use whippets frequently.

Many people who abuse whippets combine them with a variety of other inhalants, including different household chemicals. Unfortunately, it is very easy to get hooked on whippets, especially due to the alteration of brain functions and emotional attachment. So, if you are abusing whippets because of emotional problems, the best solution is to find emotional support.

3. Nitrous Oxide Can Be Used for Medical Reasons

Also referred to as the laughing gas, nitrous oxide is normally used by dentists when they are performing oral procedures to help their patients relax and reduce pain throughout the procedure. Furthermore, this gas can be used to reduce women’s labor pain and other types of pain related to traumatic injuries. But because nitrous oxide cuts off oxygen to the brain, you should not use it without advice from a qualified medical doctor.

Since whippets work by cutting off the oxygen supply to the brain, they can easily prevent oxygen from reaching your heart and brain, a condition commonly referred to as hypoxia. If this happens for a long time, it will cause delayed cognitive development in young children and teenagers. Since your brain can’t function without oxygen, its cells will die if they are deprived of oxygen for a prolonged period.

Apart from brain cells, whippets can damage other body organs, including lungs kidneys, liver, and heart. They also put you at risk of serious lung injuries and frostbites in your nose, mouth, and throat, especially when you inhale nitrous oxide directly from the canister. Remember that this gas is normally kept in the canister at 40 degrees Fahrenheit.

7. It’s Possible to Overdose on Whippets

As with any other intoxicating substance, you can easily overdose on whippets. This normally happens when you inhale the gas repeatedly in order to stay high.

Some of the common symptoms of whippet overdose include a bluish tint to your lips and fingers, difficulty breathing, choking and tightness in your chest, and hallucinations. Too much nitrous gas can also cause your breathing to stop, leading to death.

Nitrous oxide was created in 1772 by Joseph Priestley – an English chemist. However, its side effects became clear after it was experimented with by another English chemist by the name of Humphry Davy. Because of its short-lived euphoric effect, it is only used for temporary procedures like tooth removal.

Although nitrous oxide, a colorless gas at room temperature, has numerous practical medical uses, it can be dangerous when used to get high. While whippets create an initial joyous feeling, they can also cause serious damage to your body. Here are some of the side effects of whippet abuse:

Type 3 Hair: Facts and Care Tips You Ought to Know

Everything You Must Know: 10 Different Types Of...