The shipping industry plays an important role in facilitating local and international trade in goods. The International Chamber of Shipping reports that over 50,000 cargo ships are operating in the oceans around the globe currently. Cargo ships, also known as container ships, are large ships that carry the load in large intermodal containers. This article lists the top 10 largest cargo ships in the world.

There is a wide range of cargo ships designed to carry different types of consignments. So, the main difference between these ships is the type of cargo they carry. Here are some of the most common types of cargo ships.

These are the most basic types of cargo ships, and are designed to carry different types of loads. Since these ships do not have space for the ordinary containers used for transporting cargo, they come with built-in cranes for loading and offloading operations at the port.

Container ships are designed to carry freight in containers. They are the preferred mode of transport for the international dry load. This makes them the mainstay of ocean trade. These colossal boats are adapted to carry standard containers, according to the ISO regulations.

These ships are suitable for carrying solid bulk loads such as grains, minerals, cement, among others. They come with spoon-shaped cranes to load and offload cargo.

These are special tank ships designed to transport raw oil. So, they are technically different from other cargo ships. For instance, they have better structural resistance, leak-tightness against the oil, and a pumping system to load and offload oil. Oil tanker ships are so colossal that they have to dock on the high seas.

10 Largest Cargo Ships in the World

Although they are all designed to transport large cargo, some cargo ships are larger than others. Here are the top 10 largest cargo ships in the world. 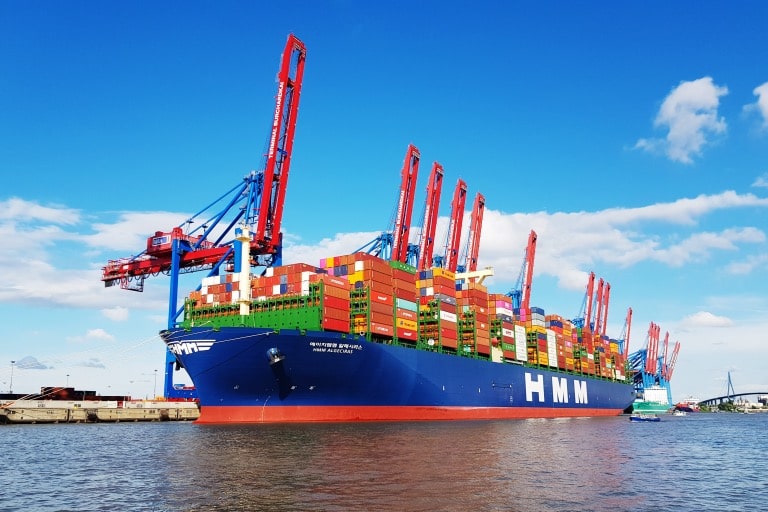 HMM Algeciras is the largest cargo ship in the world with a capacity of about 24000 TEU. It is also among the twelve 24000 TEU Class vessels eco-friendly cargo ships. This cargo ship is also considered one of the most technologically progressive cargo ships in the world.

This ship, which is 399.9 m long and 33.2 m depth, is labeled Panama but it was constructed by Daewoo Shipbuilding and Marine Engineering company. This vessel has been equipped with a scrubber system. Furthermore, its optimized body design and highly efficient engines are also expected to enhance its energy efficiency and reduce carbon emissions. 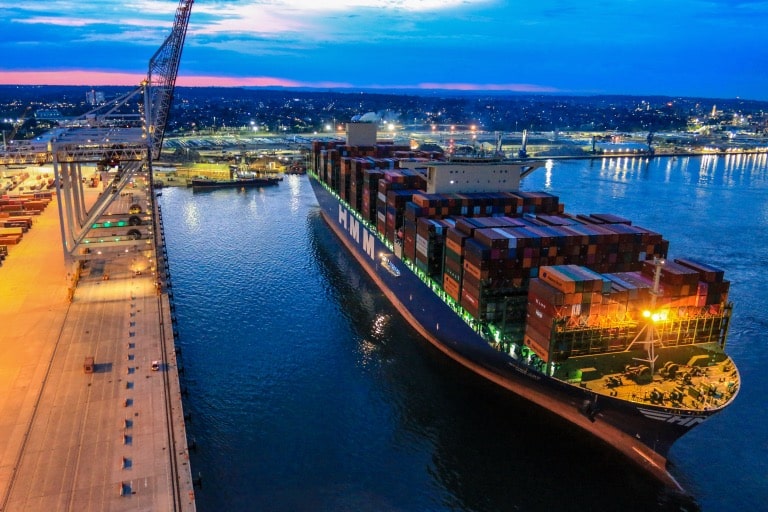 HMM Oslo, which is the sistership of HMM Algeciras and HMM Copenhagen, was constructed by Samsung Heavy Industries and made its maiden voyage in 2020. This Panama flagged ship is 400 meters long and 61.50 meters wide with a maximum draft of 16.50m. It has a carrying capacity of 23,792 TEU. 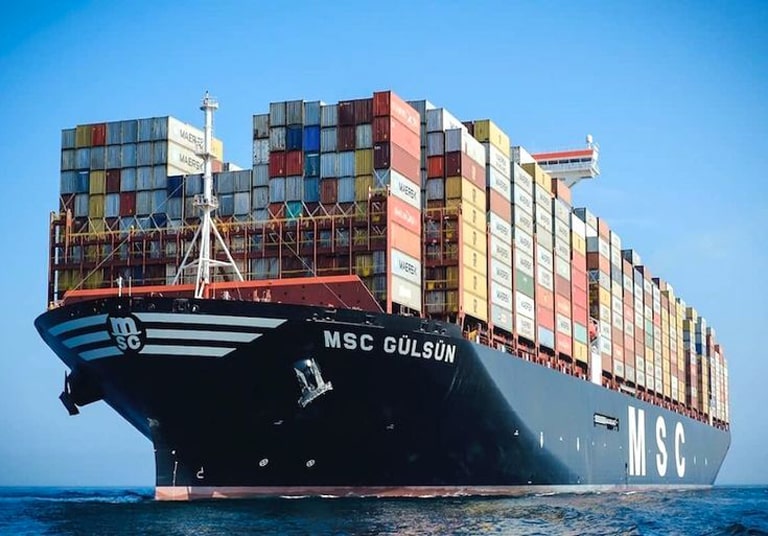 This is the third-largest cargo ship in the world, with a carrying capacity of 23,756 TEU. MSC Gulsun is the first container ship of its kind that carries 24 containers side by side across the breadth of its hull. It is 400 meters long and 62 meters wide. It was built by Samsung Heavy Industries and is registered in Panama. 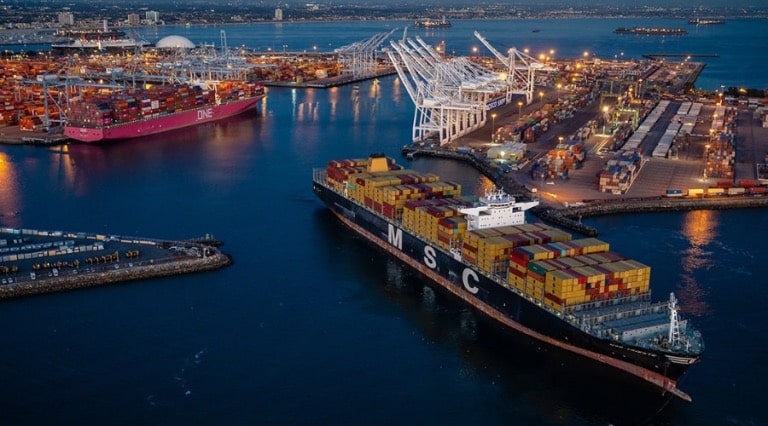 Also belonging to Gulsun class of container ships is MSC Mina, which is operated by the Mediterranean Shipping Company. This vessel has a carrying capacity of 23,656 TEU. The ship, which was constructed by Daewoo Shipbuilding and Marine Engineering, is 400 meters long and 61 meters wide.

Apart from being one of the largest cargo ships in the world, Jacques Saadé is also unique in several other ways. For instance, this ship is powered by liquefied natural gas (LNG). It has a carrying capacity of 23,000 TEU and measures 400 meters in length with a 61-meter beam and height of 78 meters.

The Jacques Saadé is a group of nine cargo ships constructed by the China State Shipbuilding Corporation. 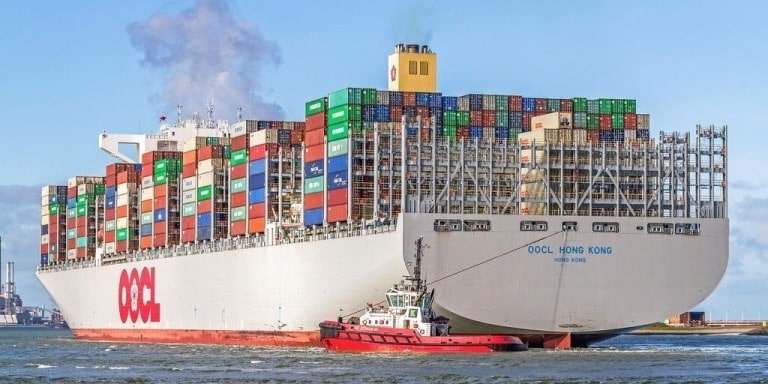 The vessel is an engineering wonder invented by Orient Overseas Container Line. It is the lead ship of six G-class vessels and the first ship ever to cross the 21,000 TEU mark. The vessel has a carrying capacity of 21,413 TEU, and it is the largest container ship ever built, with a length of 399.87 meters, a breadth of 58.8 meters, and a depth of 32.5 meters.

It was launched and delivered in May 2017 and now transports cargo from East Asia to Northern Europe under the flag of Hong Kong. OOCL reports that China’s One Belt One Road initiative and the ratification of the Hong Kong – ASEAN Free Trade Agreement have facilitated the construction of such a colossal vessel. 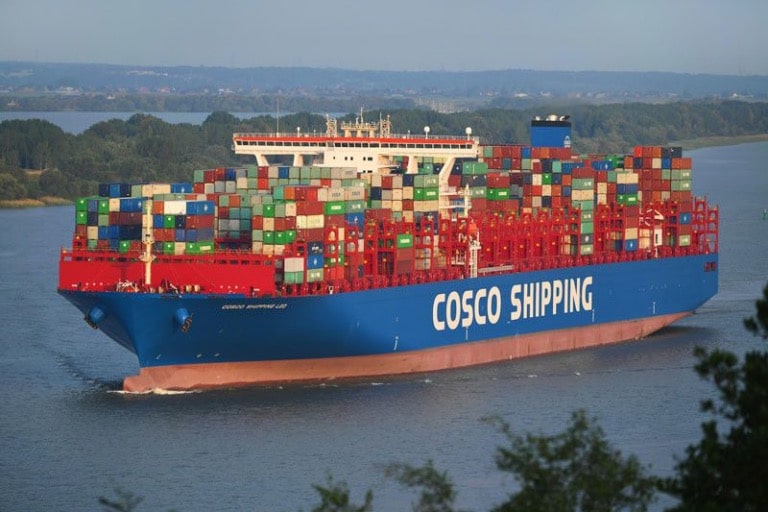 This giant vessel, with a carrying capacity of 21,237 TEU, is the largest cargo ship in China. It is 400 meters long and 58.6 meters wide. COSCO Shipping Universe was constructed in 2018 by the China State Shipbuilding Corporation (CSSC) and later transferred to China Ocean Shipping Company Limited (COSCO).

This vessel is known for its optimum performance and improved fuel efficiency, thanks to its ABB Turbochargers, which enable it to achieve a maximum speed of 22 nautical miles per hour.

With a load of 199,000 MT, this vessel has become a leading ship of the 21st Century Maritime Silk Road, which links China’s coast to Europe and Africa via the South China Sea and the Indian Ocean. The vessel has a Hong Kong flag and plays a vital role in executing China’s One Belt One Road initiative. 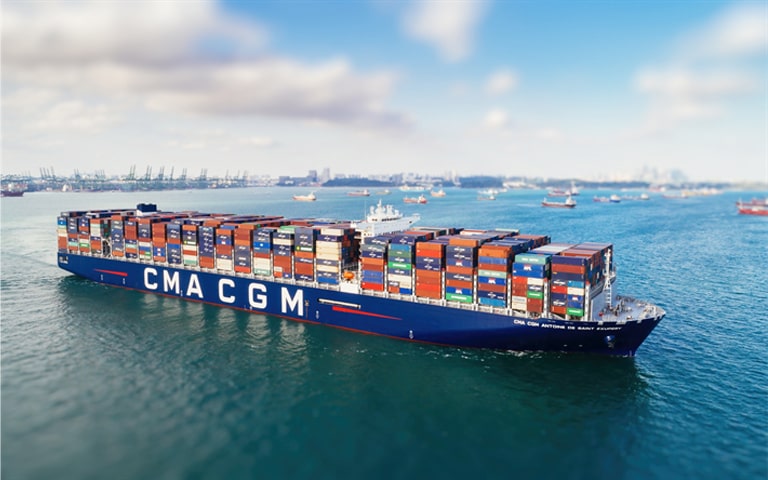 This vessel is named after the French author and pilot Antoine De Saint Exupery. It was constructed by the Hanjin Heavy Industries and Construction in the Philippines.

The vessel’s carrying capacity is 20,954 TEU, which makes it the largest container ship to sail under the French flag. CMA CGM Antoine De Saint Exupery is 400 meters long and 59 meters wide with a deadweight of 202684 MT.

It was unveiled in 2017 and made its maiden cruise in February 2018 to serve in the French Asia Line 1 (FAL-1), which is the lengthiest sea route linking Asia to Northern Europe.

Another notable thing about this vessel is that it is environment-friendly with a new generation engine and a Becker-twisted fin to make sure that there is a significant reduction in oil consumption (-25%) and Carbon-di-oxide emission (-4%). Also, the vessel has a system of filters and UV lamps to help treat ballast water for greater protection of marine biodiversity.

Madrid Maersk was the first of the eleven Second Generation Maersk Triple E-class vessels. Constructed by Daewoo Shipbuilding and Marine Engineering, this vessel is the second cargo ship to surpass the 20,000 TEU mark with a capacity of 20,568 TEU.

Although its official carrying capacity rating was set to be 19,630 TEU, Maersk Line managed to modify the design, surpassing the 20,000 TEU mark. The ship has a deadweight Tonnage of 192,672MT and measures 399 meters in length and 58.8 meters in breadth.

This cargo ship is owned by the Danish container freight major Maersk Line (ULCV) and operated by the A.P. Moller-Maersk Group. 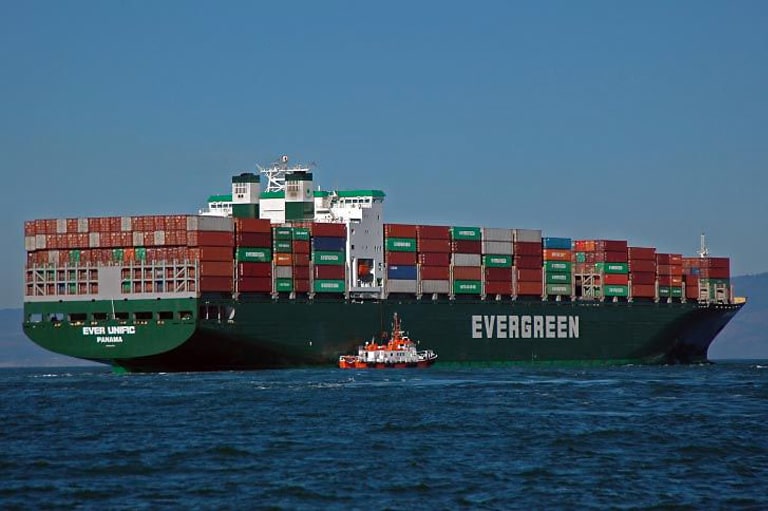 Ever Golden is another gigantic cargo ship with an extraordinarily high DWT of 218,000 MT. It is 400 meters long and 58.8 meters wide. This means that the vessel is longer than four football fields combined. It was constructed in 2018 by the Imabari Shipbuilding, Saijo shipyard.

It is the first 20,000 TEU cargo ship constructed at Imabari Shipbuilding, together with its sister ships, namely Ever – Goods, Genius, Given, and Gifted, to be transported to Taiwan’s cargo shipping company EVERGREEN, which now operates it. It has a reliable draught of 12 meters but it’s quite slow. Its maximum recorded speed is 11.4 nautical miles per hour. The vessel carries the flag of Panama.

Sores on the Roof of Your Mouth? 4 Common Causes

What Are Whippet Drugs? 8 Facts You Need to Know

How to Start a Funeral Home Business: 5...

How to Clean a Commercial Kitchen Exhaust Hood?

A Short Guide to Conducting a Fire Drill...

Industrial Machinery Maintenance – Why and How?

Why Sustainability Is So Important For Businesses?

5 Serious Risks For Crypto Businesses And What...