Cross-platform technology – although not many people have heard of it, most use it on a daily basis. Basically, it’s software that allows apps to run on different operating systems such as Windows, macOS, and more. While it might sound a little intimidating, it’s actually much simpler than it sounds.

In fact, it’s a modern piece of consumer technology that mobile device users have come to expect from their products. As cross-platform technology becomes more in demand, especially in the world of gaming, developers will have to stay on their toes to satisfy players and maintain relevance.

Luckily for them, cross-platform technology makes creating apps that are compatible with multiple platforms much easier. That’s because different operating systems typically require different native coding languages. For example, Android apps are written with Java, while Apple apps are written with either Objective-C or Swift, which is a language that is specific to iOS. With cross-platform technology, developers only have to write one language and test the game once, which is also extremely cost-effective.

Below are a few games where developers went above and beyond to create innovative cross-platform experiences:

For those who might not be familiar with Pokémon, it is a franchise that took off in the mid-90s, starting with video games and later sprawling out into trading cards, films, television series, and merchandise. Over five years ago, developers made augmented reality relevant when they brought players’ favorite characters to life. The mobile game inspired people to go outside with their friends, combing the city to catch the little fantastical creatures, using their phones as makeshift poke-balls.

Anyone that wanted to play had the chance to do so as long as they had a mobile phone. It wasn’t a situation where only people with a certain phone could play. The developers succeeded in creating a game that could include as many people as possible to get them involved in the quest. While Pokémon Go doesn’t have the same hype it did when it first came out, lots of people still play it regularly. In fact, developers offer lots of different challenges and creature evolutions to keep the game dynamic and interesting.

Another example of cross-platform technology creating a seamless experience for players can be found in iGaming titles, like slots. Of course, slots are meant to be played individually. However, cross-platform technology has proved itself to be incredibly useful in this sector. When the app successfully remembers a player’s information, including their credits and statistics, it empowers them to switch from their mobile device to a desktop in a matter of seconds. 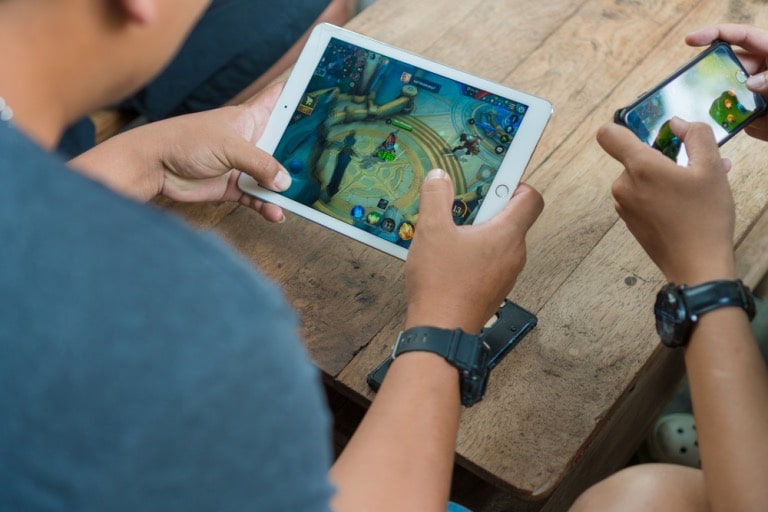 Cross-platform technology can enable players of the same game on distinct hardware to play together, a feature commonly known as cross-play. While, in many cases, such as those listed above, this is a welcome addition to a game’s core feature-set, some titles actively choose to omit it. The reason for this is due to the very real differences players experience when playing a game across distinct pieces of hardware. For example, the popular esports title League of Legends: Wild Rift is available on both mobile devices and PCs, but it is not possible for players on these platforms to compete against one another.

This was an active decision on the part of the developer because PC gamers, using a keyboard and mouse, have a distinct speed and accuracy advantage over smartphone users relying on touch inputs. In the interest of keeping the game competitive and enjoyable, cross-platform compatibility is sometimes restricted, such as in this example. However, for variations of League of Legends, like Teamfight Tactics, an auto-battler based on a chess simulator, cross-platform technology has been instrumental in helping players improve their skills.

Platform exclusivity is becoming a thing of the past. As audiences demand accessibility across operating systems, and developers will no longer have to worry about writing in different codes. However, this might not be good for gaming consoles because cross-platform games destroy the nuance and exclusivity each console offers.

How To Buy Your First Car? A Complete Guide For You

What Are Australian Online Slots?

Is Cross-Platform Technology The Future of Gaming? It...

How to Find the Right Online Gambling Service

4 Ways that The Pandemic Impacted the Gambling...

Casino Bonuses That Are Worth Your Attention

The Ultimate Guide to 5 Different Types of...

A Comprehensive Guide on Sharingan and What It...