Are you a trainer looking to add a personal touch to your Pokémon? In that case, look no further! The ultimate Pokémon nickname ideas list is here with some of the cutest and most creative nicknames for your pocket monster.

Whether you grew up in the late 1990s or early 2000s, this franchise was likely a huge part of your life. Thanks to the release of the AR mobile game Pokémon Go in 2016, the Pokémon fever continued into the 2010s as well.

Not only that, but the game has helped people all over the world get their very own Pokémon to love. And what better way to show that love than with a nice nickname? If you’re struggling to come up with one for your pocket monster, keep scrolling to discover some superb Pokémon nickname ideas.

The Only Pokémon Nickname Ideas List You Need This Year

Coming up with Pokémon nicknames can be like coming up with nicknames for your pet. You can go the super-creative route and call your Charizard by the Latin word for dragon. However, if you’re not that extra, then a simple nickname may be more your style.

In accordance with your taste, the nicknames here are divided into simple and creative. If your particular Pokémon isn’t included, there’s also a list of names you can apply to Pokémon of the same type.

To start with, here are some universal nicknames suitable for different Pokémon of the same type:

Narrowing Things Down a Bit

If the universal nicknames didn’t strike your fancy, then maybe something more specific would be more appealing. Here are a few nicknames for some specific Pokémon:

As nice as the classics are, sometimes you’re just in the mood for something a bit more exciting. Maybe that means giving your Pokémon a name based on your favorite movie character or pop-culture reference. If you want to get super-creative, you can even name them after mythical creatures or heroes.

Here’s a Pokémon nickname ideas list consisting of some truly incredible gems, along with a few reasons they’re a fantastic option. Again, for your convenience, the nicknames are divided into nicknames for specific Pokémon, and nicknames that you can apply to different Pokémon of the same type:

Does this one even need an explanation? It’s Batman! What could be better than naming your Pokémon after DC’s most iconic superhero? And the best part is that the nickname can apply to a few other Flying Pokémon as well.

For fans of history, naming your Fighting Pokémon after a hero from Greek mythology seems like the perfect choice. For non-history buffs, there’s always the more contemporary Mike Tyson. And for fans of both, there’s the protagonist from the God of War video game franchise — Kratos.

This one is a double whammy, not only because it refers to Marvel’s iconic superspy, but also the real-life spider!

Drogon, Smaug, or Toothless for Charizard

HBO’s Game of Thrones may have ended on a bad note, yet the dragons from George R.R Martin’s book series remain iconic. Then there’s the king of famous fire-breathing monsters, J.R.R Tolkien’s Smaug. However, if a cuter version for your Fire Pokémon is more your jam, then maybe naming it after the adorable dragon from Dreamworks’ How to Train Your Dragon would be a better choice.

Tinkerbell or Titania for Fairy Types

Naming these Pokémon types after the famous Disney character seems like a no-brainer. However, naming them after the fairy queen from one of Shakespeare’s famous plays might be a bit more unique.

Greek mythology makes an appearance once again. For maximum power, you can name your Water Pokémon after the Greek god of the sea. For a lesser-known yet terrifying reference, you can call it after the sea monster from Homer’s Odyssey. And for us Disney fans, there’s always the Little Mermaid!

Scarab or Bullet for Bug Types 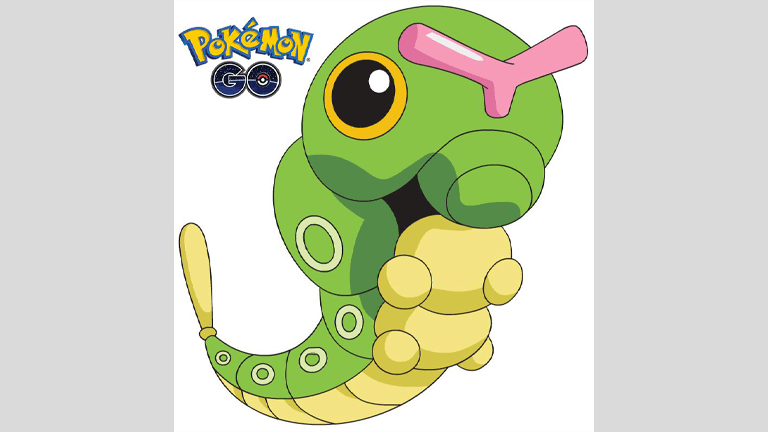 Egyptian mythology takes center stage with this entry. The scarab beetle was a sacred symbol in Ancient Egypt that represented rebirth. The Bullet, on the other hand, is a reference to the bullet ant, the insect with one of the most painful stings in the world.

These suggestions may sound like a joke, but it’s undeniable that they’re hilarious. Who hasn’t at least considered naming their Pokémon after a snack food or a meme?

You can go for your favorite food or perhaps even create a unique combination of two or three foods for your pocket monster. Alternatively, your favorite meme can add some character to your Pokémon, making it more interesting (and maybe even a bit quirky).

As you can see, this Pokémon nickname ideas list has no shortage of fun and creative options to choose from. From the basic pet names to the clever pop-culture references, the sky’s the limit.

Although it’s difficult to cover every Pokémon in such lists, some greatest hits were included. If none of them appeal to you, then they can at least inspire you to come up with your own unique name for your pocket monster.

How to Get Your Ex-Girlfriend Back: When and How to Do it?

Most Successful Interpretation Of The Land-Based Machines In...

Is Phil Ivey the Greatest Poker Player of...

What Are Rolling Trays Used By Smokers?

Which Cannabis Consumption Method Is Most Effective?

How to Make Your First Cannabis Experience Great?

Online Baccarat on Real Money in the Philippines...

Massive Changes to Licensing Announced By the UK...

What Are Australian Online Slots?

Is Cross-Platform Technology The Future of Gaming? It...