What Is Johnny Depp’s Personality Type and Why Is Everyone Talking About It?

From the gentle, artificial humanoid in Edward Scissorhands to the eccentric Jack Sparrow in Pirates of the Caribbean, Johnny Depp is known for his exceptional ability to play a diverse range of roles.

The 59-year-old Hollywood heartthrob is not only recognized for his insane acting skills, but also for his killer guitar solos and soul-crushing vocals. To put the cherry on top, Depp is usually described as a generous, humble person who does a lot for others.

This definitely makes you wonder, which one of the 16 personality types would this gifted actor be? Luckily, we’re here to feed your curiosity and tell you all you need to know about Johnny Depp’s personality type!

What is Johnny Depp’s Personality Type?

Johnny Depp is an INFP personality type, which is often known as the “mediator” or “healer.” Furthermore, it’s one of the rarest personality types, accounting for only 4% of the general population!

It’s hard to tell which personality type Depp is through his movies because he gets into character so incredibly well. However, most of his fans notice clear INFP traits in his interviews or when they meet him in person.

What Does INFP Stand For?

INFP is an acronym that stands for introversion, intuition, feeling, and perception. Let’s go through each one and how it relates to Johnny Depp.

Anyone who’s ever met Johnny Depp or watched him in interviews will tell you that he can easily pass for an introverted person. He’s known to be a calm, collected person who usually shies away from the spotlight.

In one interview, he even acknowledges that he’s quite shy and feels more comfortable hiding behind the unconventional characters he plays.

We know, we’re letting out a loud “aww” through the screen too!

Johnny’s on the philosophical, creative side of things. This means he prefers to use his imagination and focus on theories and concepts rather than straight facts and details. He also trusts his gut and goes with what he feels is right.

It only makes sense for an artist to be leaning towards their emotional side more than their practical side. After all, most artists tend to follow their hearts rather than their heads when making decisions.

Depp has proven time and time again to be a sensitive, compassionate person who’s definitely in touch with his emotional side.

Known to have donated large sums of money to charities and nonprofits, Depp has been long recognized for his generous acts and wise personality.

His good friend and co-star Javier Bardem even described him as “a gentleman and a compassionate man who cares about people.”

After all, INFPs are massive empaths!

What Are the Traits of an INFP? 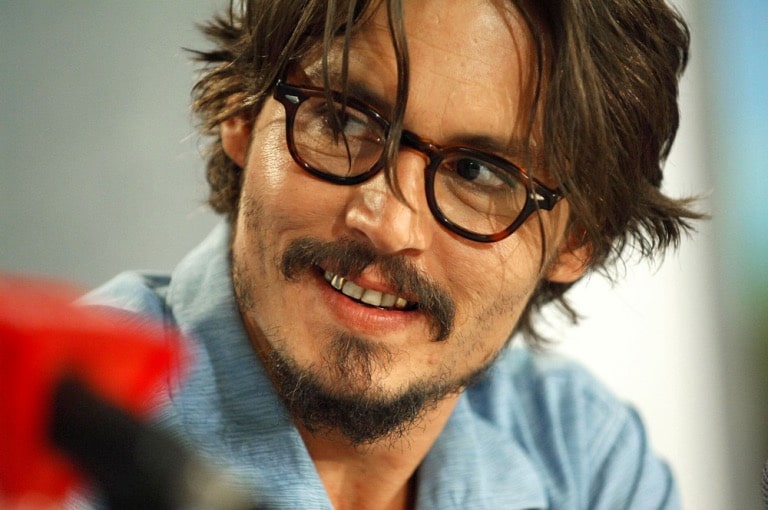 This rare personality type excels in so many things, but it also has its fair share of drawbacks. Let’s take a look at six key characteristics of mediators.

INFPs are natural empaths; they’re passionately concerned not just with their own improvement, but also with the personal growth of others. This means that when they seek authenticity, they will frequently encourage others to do the same.

They tend to be extremely supportive, caring, and compassionate towards other people’s feelings. They also accept anyone and everyone, no questions asked.

This makes people with an INFP personality great friends and companions.

Mediators enjoy spending time exploring their ideas and minds, almost like they’re on a lifelong quest for the meaning and truth within themselves.

They’re also unconventional and have no desire to condone any social norms; they would much rather stay true to themselves rather than try to fit in.

These guys have a live and let live attitude. They simply don’t like being physically or mentally restrained; they’re at their happiest when they’re roaming free in their little world without being contained by any rules.

This allows them to be open-minded, passionate, and dedicated to the causes they believe in. Therefore, you’ll find that so many artists have an INFP personality, like the star of the show, Mr. Depp.

You’ll often see mediators speak in metaphors and parables, which makes them the best storytellers. They tend to be captivated by imagination, make-believe, and fantasy.

They’re also very good at conveying emotions and acting out stories. I mean, who didn’t cry their eyes out during Who’s Eating Gilbert Grape? Not us, that’s for sure!

You can find many other famous storytellers with INFP personalities, such as William Shakespeare, Helen Keller, and Bob Marley.

Everything comes with a price. While it may be great to live in the clouds and have dreams and visions, it might not always work out in the real world.

It can be tough for INFPs to accept that the world isn’t perfect. They usually have high expectations for their lives and how they’ll unfold, which can often lead to disappointment.

Mediators are introverts, which means they’re not the biggest fans of putting themselves out there to meet new people or join new groups.

Sometimes they intentionally self-isolate to focus on a new idea that dawned on them, and other times, it just happens. Either way, it can leave INFPs feeling lonely or isolated.

Mediators not only have unreasonable expectations of their lives but also of themselves. They believe in their unique potential and desperately strive to live up to it.

The problem is, that they place themselves on an unrealistic pedestal. Although this is intended to be encouraging, it often backfires and leads to discouragement.

Even though Depp might be a bit of an introvert like most INFPs, he continues to rock our worlds with his exceptional talents and unique personality.

Britney Spears Nose Job: Is It True or...

8 Reasons You Could Be Seeing Black Spots...