For centuries, construction engineers have gone above and beyond to create some spectacular bridge designs that have become attraction sites. These structures are a perfect example of how modern ingenuity can be combined with traditional designs to transform the world for the better.

Fortunately, most of these remarkable structures are scattered all over the globe. This article lists the top 15 longest bridges in the world. 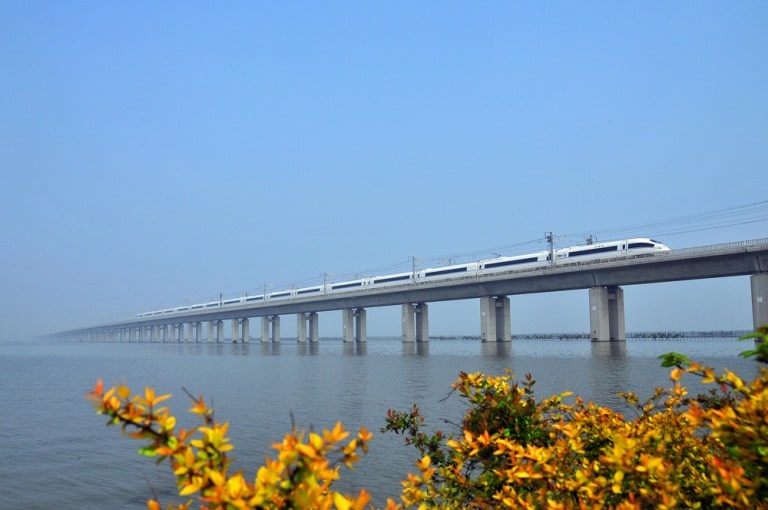 This $8.5 billion structure was constructed by a team of 10,000 workers for only four years and can withstand a magnitude 8.0 earthquake It serves as part of the Beijing-Shanghai High-Speed Railway and connects several major cities within the Yangtze River Delta. 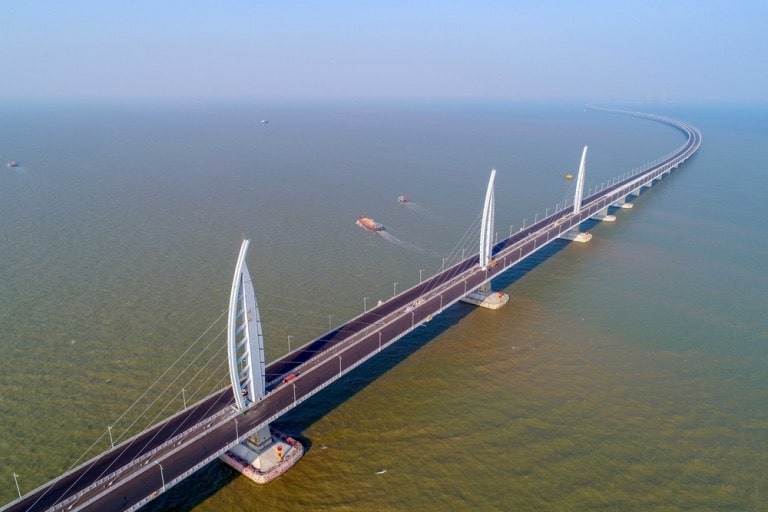 Unveiled in 2018, Hong Kong–Zhuhai–Macau Bridge is the longest steel bridge-tunnel system in the world. It connects three main areas of Hong Kong, Zhuhai, and Macau in China.

This enormous bridge is approximately 34 miles long and comprises three cable-stayed bridges linked together by an underwater tunnel and two manmade islands. It is also the longest sea-crossing bridge tunnel in the world.

The bridge also features a 24-hour public shuttle system that facilitates the movement of most of the passengers. There are only 10,000 permit holders allowed to use this bridge privately. 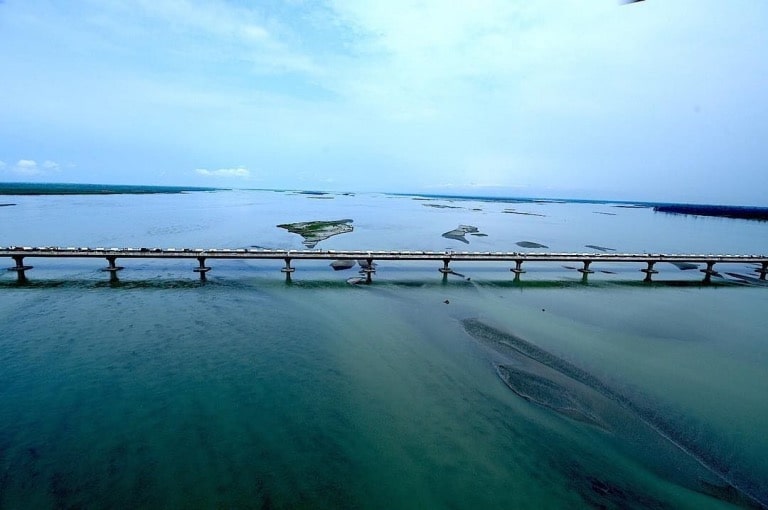 Located in northeast India, Dhola-Sadiya Bridge is the country’s longest over-the-water bridge. The structure, which cuts across the Lohit River, connects the states of Assam and Arunachal Pradesh. The main aim of constructing this bridge was to ease the movement of military tankers across the two states.

That’s why it was designed to withstand the regular weight of tankers and other heavy war artilleries and vehicles. Dhola-Sadiya Bridge was launched in May 2017.

It conveys the Honshu-Shikoku Highway through the Akashi passage, connecting the city of Kobe to Awaji Island. Built to withstand winds of up to 178 miles an hour, this bridge is a breathtaking accomplishment of earthquake-resistant engineering. 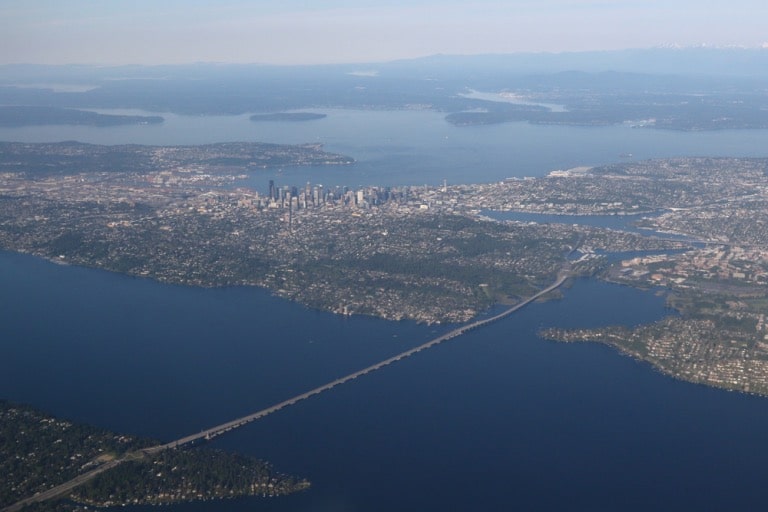 Unveiled in 2016, the Evergreen Point Floating Bridge is the longest floating bridge in the world. With a length of 7,710 feet, this bridge is a replacement of the previous floating bridge of the same name that had been constructed in 1963 but was later demolished due to its inability to withstand strong tremors and extreme weather occurrences.

The new Evergreen Point Floating Bridge was completed in 2016 and it is built upon interlocked pontoons of concrete. It also comes with very high safety standards. This six-lane floating bridge also features shoulder lanes and a bicycle-pedestrian path that is protected from car traffic. 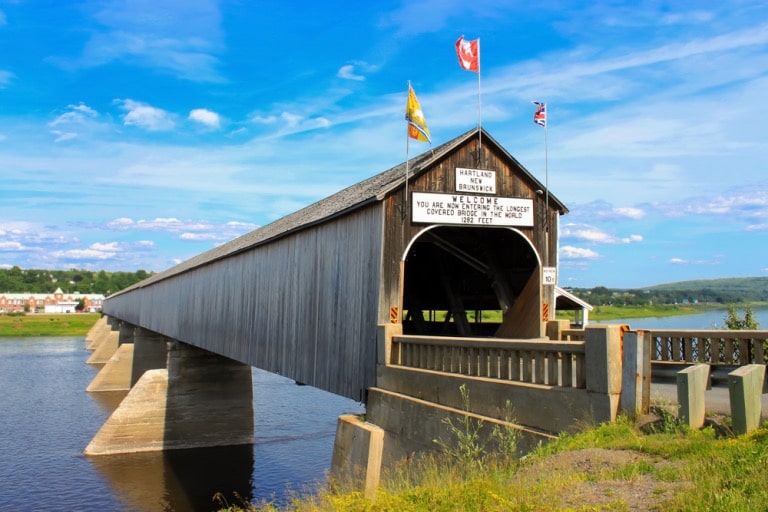 Opened in 1901, this Hartland Covered Bridge connects the town of Hartland to Somerville, New Brunswick in Canada. It is also the longest covered bridge in the world. This bridge was listed as a National Historic Site in 1980. Even though this bridge was initially designed without a roof, it was covered with a wooden rooftop during major improvements in 1921. 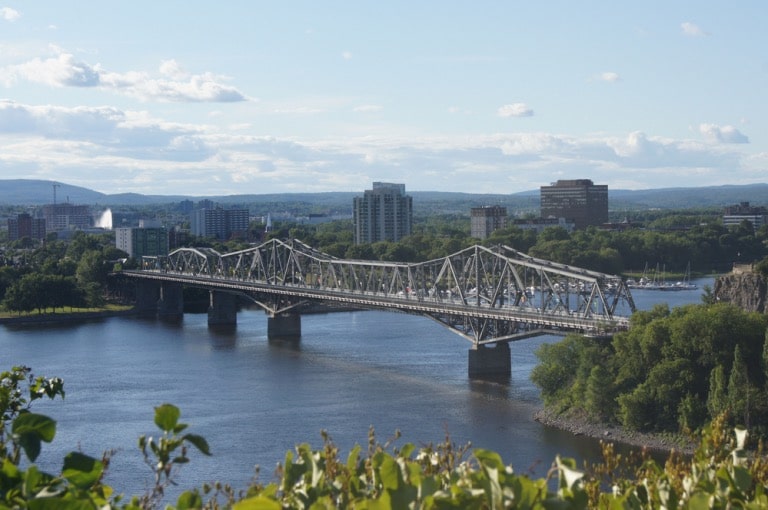 Considered an improvement in early 20th-century bridge design, this beam bridge features firm horizontal structures, commonly referred to as cantilevers, that are only supported on one end of the bridge. This makes it the longest cantilever bridge in the world. Quebec Bridge was completed in 1917 after two fatal construction failures.

With a length of 3,238 feet and a central span of approximately 1,801 feet, this monumental bridge connects suburban Quebec City to the city of Levis. Initially, the bridge was designed to only accommodate the train, but now it accommodates pedestrians and vehicles. Previously, the Canadian National Railway had created a streetcar line on this bridge.

Ikitsuki Bridge is the longest continuous truss bridge in the world at just over 1,300 feet long. Although a truss bridge can easily be confused with a cantilever bridge, the former has a roadway or railway extending across three or more supports that don’t have hinges or joints. Also, the length of a truss bridge is normally based on the length of the main distance and not the total length of every continuous distance.

Ikitsuki Bridge is painted in an attention-grabbing baby blue and it’s an all-steel structure. This bridge connects the picturesque island of Ikitsuku to the much larger adjacent island of Hirado in Japan’s Nagasaki region. 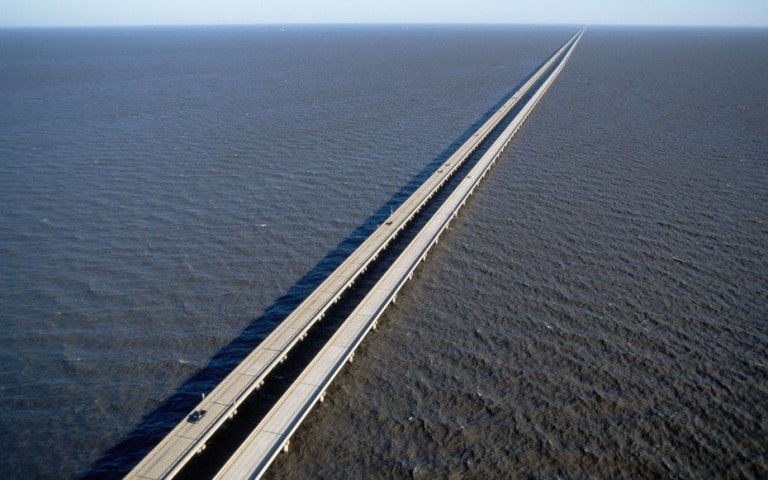 Cutting across Lake Pontchartrain in Louisiana, Lake Pontchartrain Causeway Bridge is the longest continuous bridge in the world. It stretches approximately 24 miles, connecting Metairie town to Mandeville town. Its southbound portion was opened in 1956, while its northbound part was unveiled 13 years later.

10. Øresund Bridge (Between Denmark and Sweden) 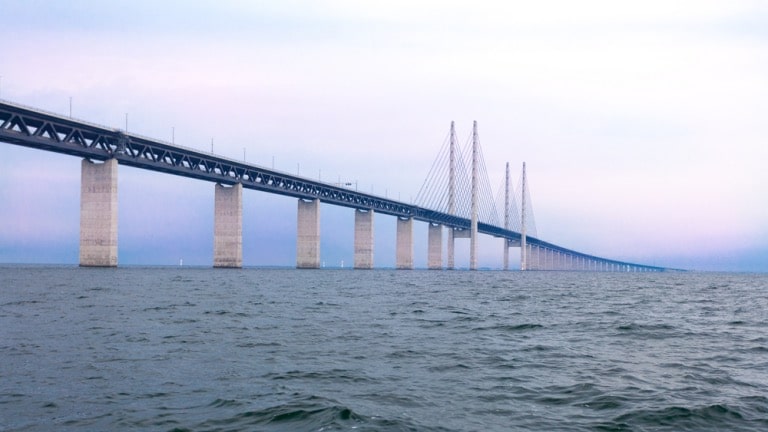 With a total length of five miles, Øresund Bridge is the longest combined road and rail bridge in Europe. This bridge, which was opened in 2000, connects Denmark to Sweden. It runs from the Swedish coast to the manmade island in Oresund straight, known as Peberholm.

Then it goes underground through the Drogen Tunnel to Amager island in Denmark. The Øresund Bridge, which took four years to complete, is an engineering marvel that accommodates tens of thousands of motor vehicles daily. 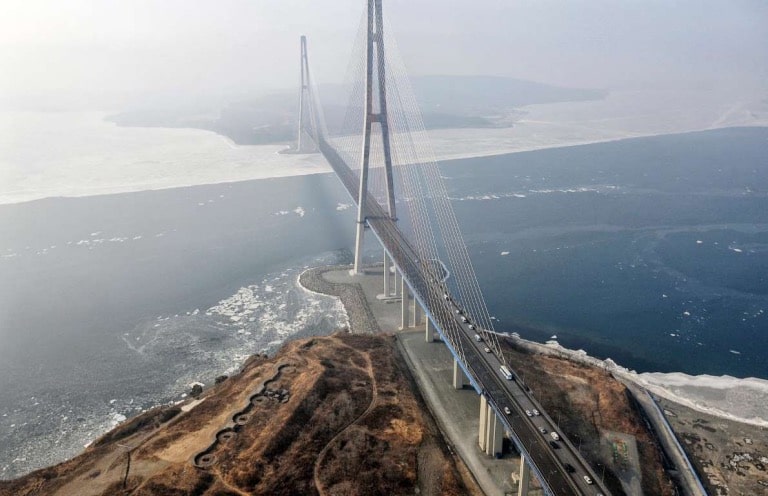 Russky Bridge is the longest cable-stayed bridge in the world. Supported by cables attached to pylons, this magnificent structure stretches 10,200 feet across the Eastern Bosphorus passage in Russia. This four-lane bridge was unveiled in 2012 and features bridge towers that stand over a thousand feet tall. Its central span covers approximately 3,622 feet long.

This is the second-longest bridge in Latin America. It stretches 8.26 miles across the Guanabara Bay, connecting Rio de Janeiro city to the adjacent Niteroi city. This magnificent eight-lane structure receives about 140 vehicles per day in car traffic. 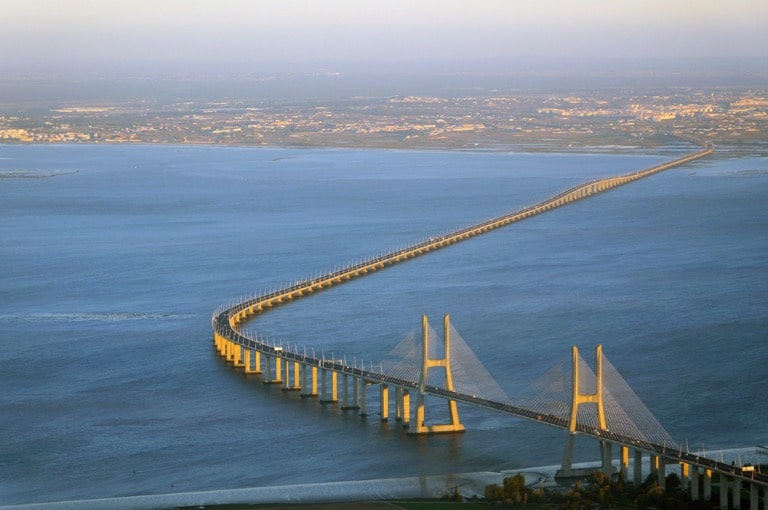 With a length of 7.61 miles, Vasco da Gama Bridge is the longest bridge in the European Union. Located in Lisbon, Portugal, this bridge was unveiled in 1998 during the Expo 98 World’s Fair. It was named after Vasco da Gama – a famous Portuguese explorer who discovered the water route connecting Europe to India. This glorious structure was specially designed to last 120 years and survive strong winds blowing at 155 miles per hour.

14. Walkway Over the Hudson (United States of America) 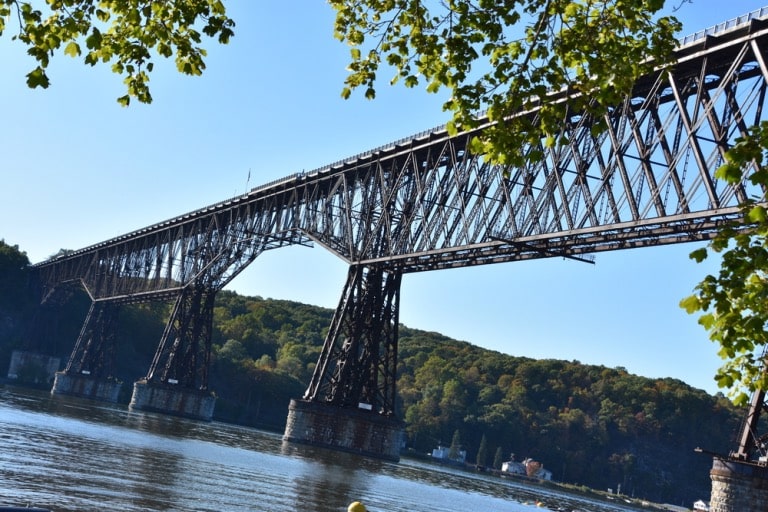 Walkway Over the Hudson Bridge is the longest elevated pedestrian bridge in the world. With a length of 6,768 feet, this bridge is a perfect example of adaptive reuse. Constructed in 1898, this monumental bridge was closed in 1974 after a fire destroyed a portion of it.

Before that, the bridge had experienced a long period of decline. But the bridge was reopened in 2009 following extensive lobbying by local activists and extensive $38.8 million repairs. 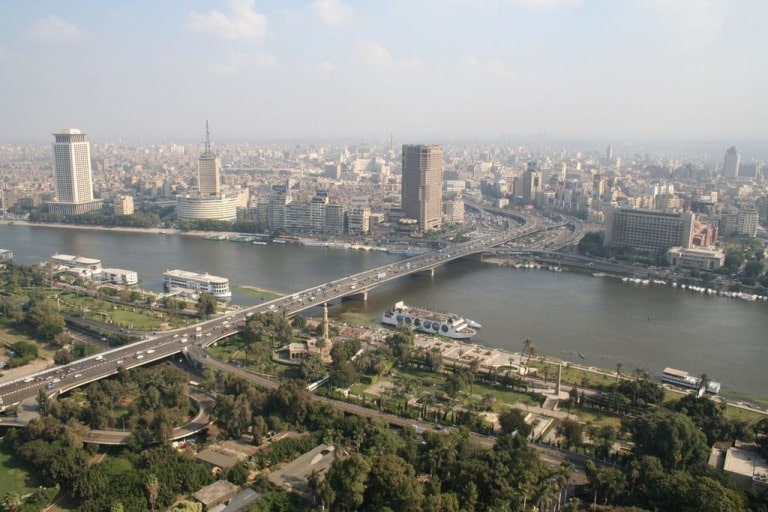 This bridge is a 12.7-mile-long concrete structure named in commemoration of the Yom Kippur War between Egypt and Israel. It is also the longest bridge in Africa. This glorious structure took about three decades to complete, with the construction work starting in 1969 and ending in 1996.

Some people refer to this bridge as the “spinal cord of Cairo” because it transports about half a million people every day. The bridge connects the west bank suburbs of Cairo to the downtown and the country’s international airport.

How Much Does It Cost to Paint a Car and Is It Worth It?

All The Spanish Words You Need That Start With C

Spanish Words That Start With D: A Complete...

All The Spanish Words You Need That Start...

Hardcover Vs. Paperback: Which One Is a Better...

How To Say Happy Birthday In Japanese: Wishing...

All the Spanish Words That Start With W...