Car Guide: 24 Popular Cars That Start with the Letter D

With dozens of car brands on the market, choosing the right car can be a lengthy and challenging process. When you are reviewing different car brands, the best and easiest way to go about it is to pick them by their names. This article looks at the 24 most popular cars that start with the letter D.

24 Popular Cars That Start with the Letter D

If you are shopping for your car online, you will notice that almost all online car bazaars categorize their cars alphabetically using the first letters of their names. If you are interested in car brands whose names start with the letter D, here is a full list of the most popular ones. 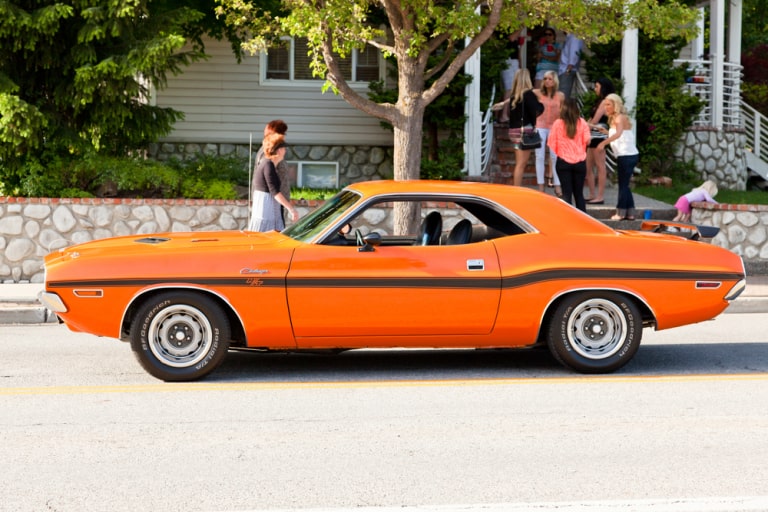 Based in Auburn Hills, Michigan, Dodge is one of the most popular American car brands. It is also a division of Fiat Chrysler. Founded by John Francis Dodge and Horace Elgin Dodge in 1900, this car brand has experienced the highs and lows of the American automobile manufacturing industry. Currently, Dodge Vehicles specializes in performance vehicles. 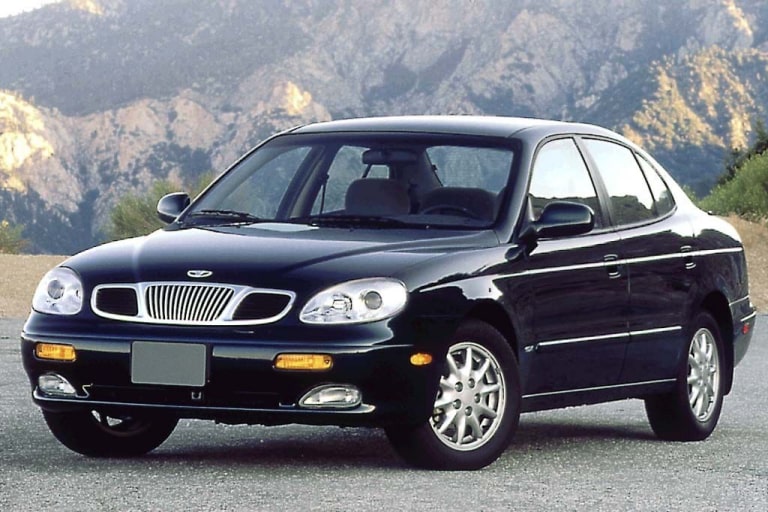 Before its acquisition by General Motors in 2001, Daewoo Motors was one of the most successful automobile manufacturing companies in South Korea. It was founded in 1982 by Daewoo Group and with its headquarters in Bupyeong-gu, Incheon, South Korea.

In 2001, it ran into serious financial problems and was forced to sell its majority shares to General Motors, thus becoming a subsidiary of the American company.

The South Korean subsidiary was renamed GM Korea. But in 2011, GM discontinued the South Korean Daewoo brand name, replacing it with the Chevrolet brand. 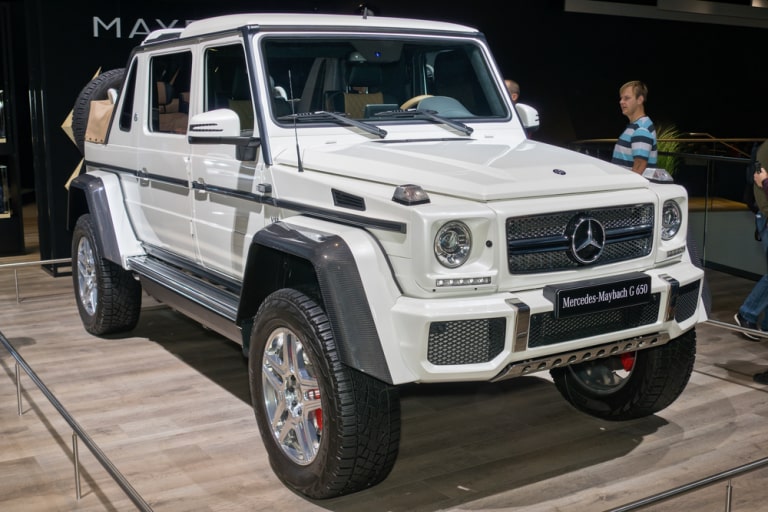 Founded in 1886, Daimler AG is a German multinational automobile corporation with its headquarters in Stuttgart, Baden-Württemberg, Germany. Currently, it is one of the leading car and truck manufacturing brands in the world.

This car brand also has many shares in most of the top automobile companies including Mercedes-Benz, Detroit Diesel, Smart Automobile, Mercedes-AMG, Western Star, Mitsubishi, BharatBenz, among others.

The company terminated its Maybach brand at the end of 2012 but relaunched it in 2015 as Mercedes-Maybach. 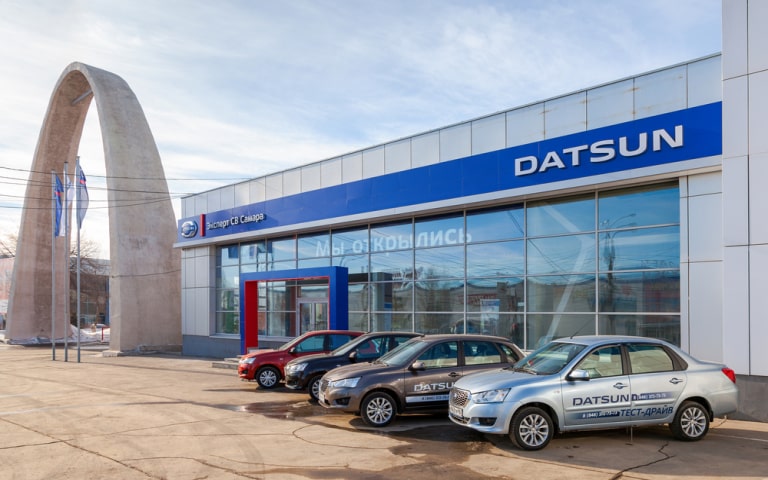 Datsun is a popular car brand owned by Nissan. It is known for its light trucks and economy cars. This car brand was started in 1937 and discontinued by Nissan in 1986. In 2013, the company relaunched the Datsun brand as a unique brand for low-cost vehicles that are mainly mass-produced for the emerging market. 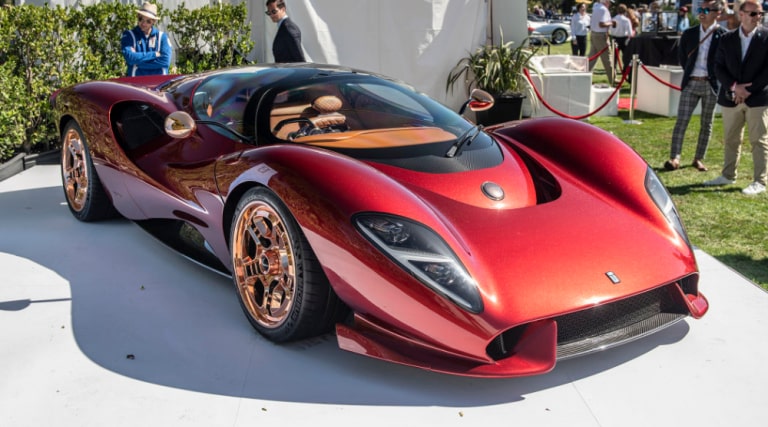 Until 2015 when it became obsolete, the De Tomaso car brand was one of Italy’s leading automobile manufacturing companies. It was founded in 1959 by Alejandro de Tomaso with its headquarters in Modena, Italy.

In its heyday, this car brand was synonymous with racing cars. It produced several prototypes and racing cars, including the legendary Italian sports car brand Maserati, Biturbo, the Kyalami, Karif, Chrysler TC, and Quattroporte III.

The trademark De Tomaso was bought by Gian Mario Rossignol in 2009, giving birth to a new company called De Tomaso Automobili SpA. But the brand was declared defunct in 2015. 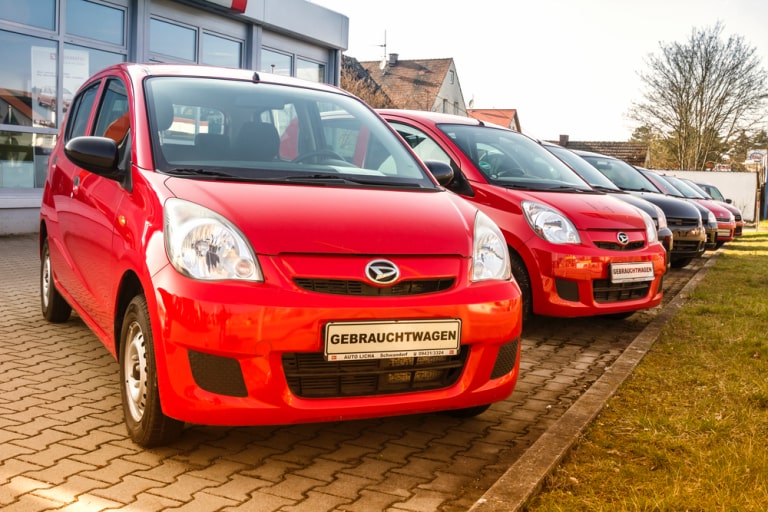 Founded in 1951, Daihatsu Motor Co. Ltd is one of the oldest Japanese manufacturers of internal combustion engines. It is also commonly known for manufacturing three-wheeled motor vehicles.

The company’s headquarters are in Osaka, Japan, but the car brand is known worldwide, especially for its wide range of small cars, passenger cars, and off-road vehicles. At the moment, the Daihatsu car brand is fully owned by Toyota Group. 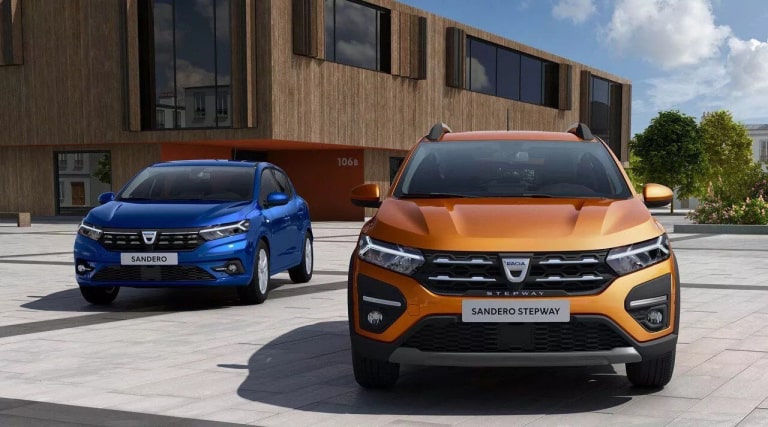 Formally referred to as Automobile Dacia S.A, Dacia is a Romanian automobile manufacturing brand that was established in 1966. This brand is known for its cost-effective cars. Its headquarters are in Mioveni, Arges, Romania. The government of Romania sold this car brand to the French car manufacturer Groupe Renault in 1999. 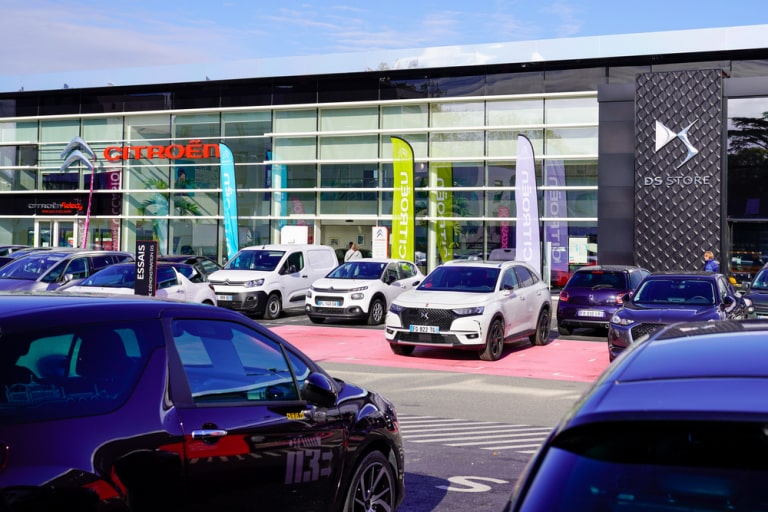 DS is one of the finest French luxury car brands. It was founded in 2009 by the Groupe PSA. The company’s headquarters are in Paris, France. DS is the abbreviation of Different Spirit or Distinctive Series.

In 2015, this car brand dropped the Citron branding to become a standalone brand. Its future plan is to produce only hybrid and electric vehicles. 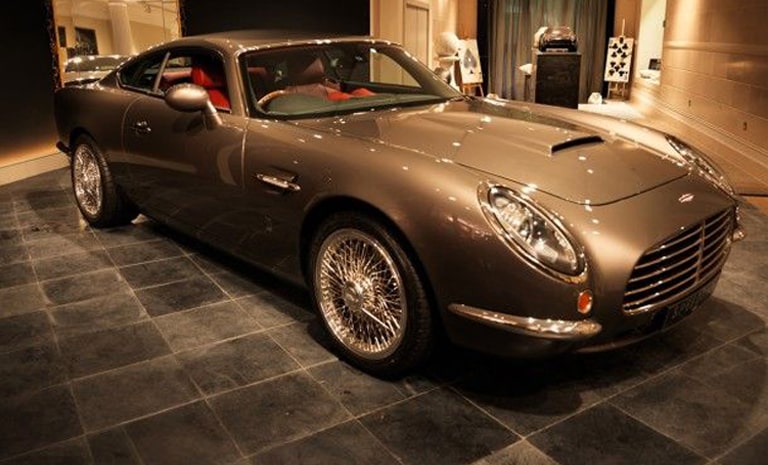 Founded by a British businessman, David Brown, in 2013, David Brown Automotive specializes in limited edition automobiles. The company’s headquarters is in Silverstone, England. 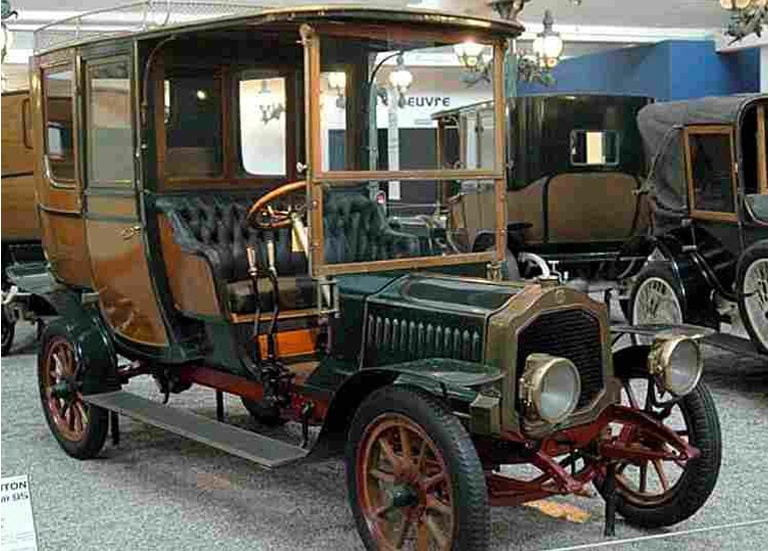 De Dion-Bouton was a celebrated French automobile and railcar manufacturer based in Paris, France. It was founded in 1883 by Jules-Albert de Dion, Georges Bouton, and Charles Trépardoux. The company has manufactured many steam cars, tricycles, four-wheelers, and railcars. It became a major engine supplier to automobile manufacturers in the early 20th century. 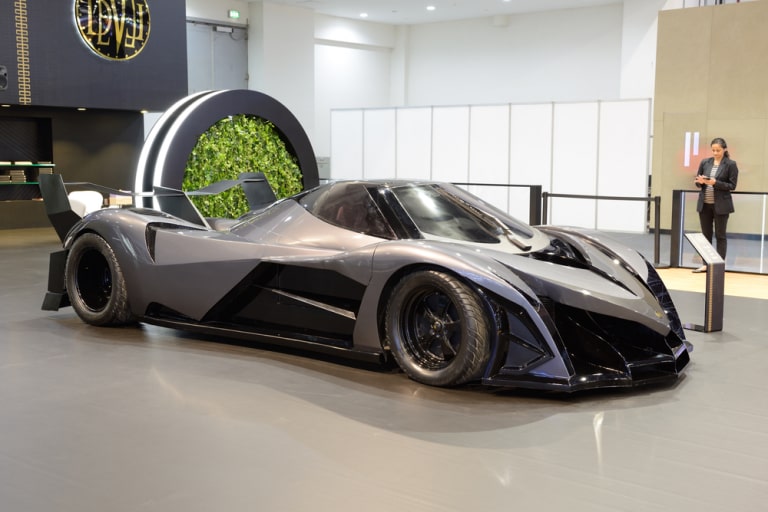 Devel Motors is a famous hypercar manufacturer based in Dubai, United Arab Emirates. The company is known for producing Devel Sixteen – a concept hypercar at the 2013 Dubai Motor Show. This version of the hypercar, with up to 5007 hp and a top speed of up to 320 mph, was officially launched at the 2017 Dubai Motor Show. 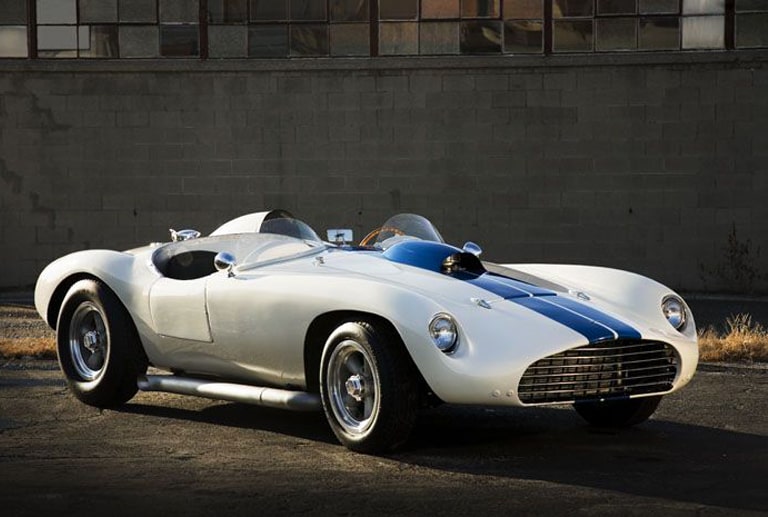 Devin Enterprises was a famous American automobile manufacturer established in 1955. The company manufactured automobiles like Devin SS, Devin D, and Devin C, as well as automotive accessories. It is perhaps most known for its high-quality fiberglass car bodies that were sold as kits. Its run was quite short-lived as it only operated from 1955-1964. 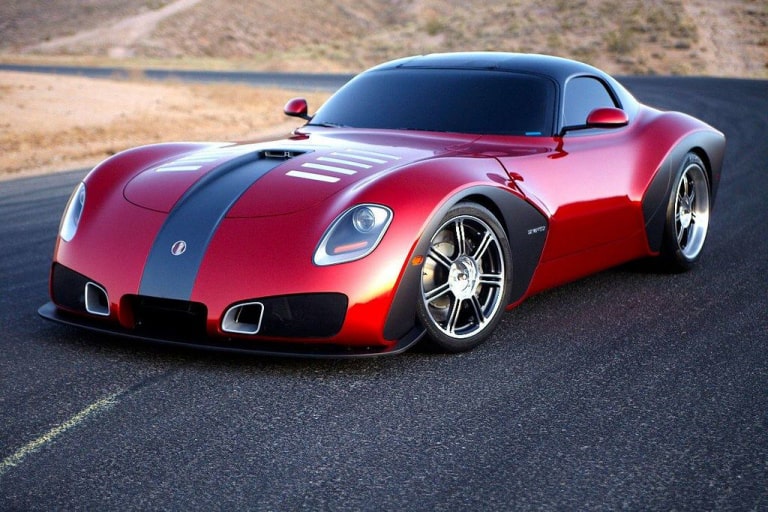 Devon Motor Works is an American engineering design house established by Scott Devon in 2008. It specializes in the creation of existing premium lifestyle automobiles such as the Devon GTX which was based on the second-generation Dodge Viper. 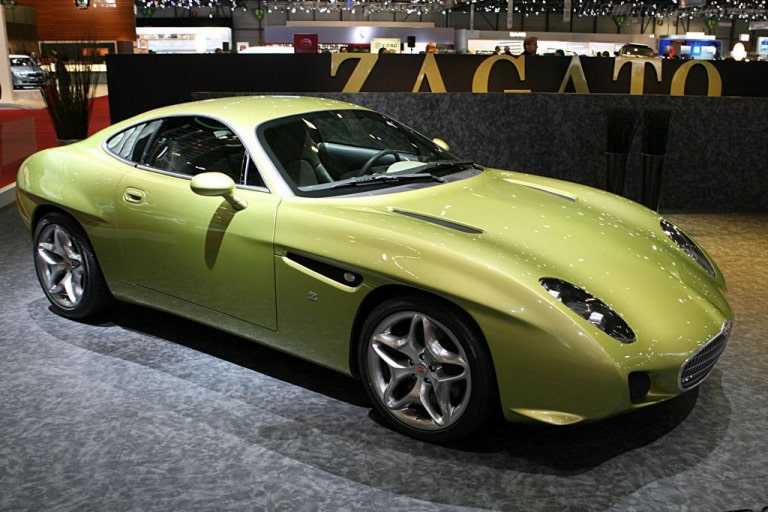 Diatto was a popular Italian automotive company that existed from 1835 to 1929. The company produced high-quality cars using its own designs as well as race cars equipped with boosted eight-cylinder engines. It also supplied frames for Bugatti to use for its own race cars. The 2007 Diatto Ottovu by Zagato was a sports car created to honor the 100th anniversary of the Diatto brand. 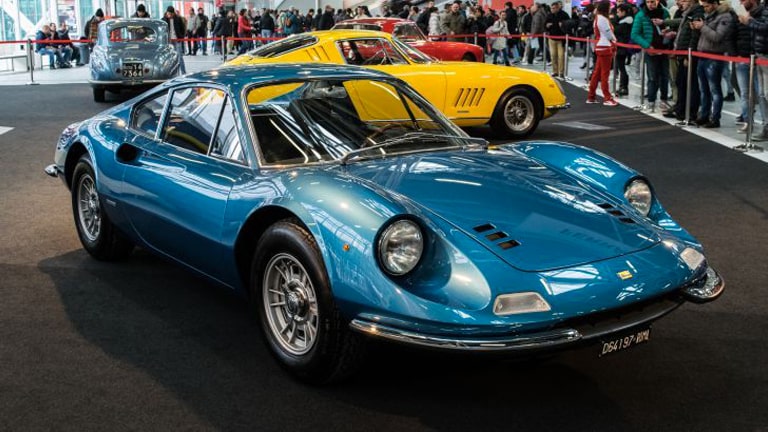 Dino was a popular car marque best known for its mid-engine, rear-drive sports cars produced by Ferrari from 1967 to 1976. The marque was developed by the company to offer fairly low-cost sports cars to their customers. The Ferrari name remained reserved for its premium V12 and flat-12 models until 1976 when “Dino” was dropped in favor of full Ferrari branding. 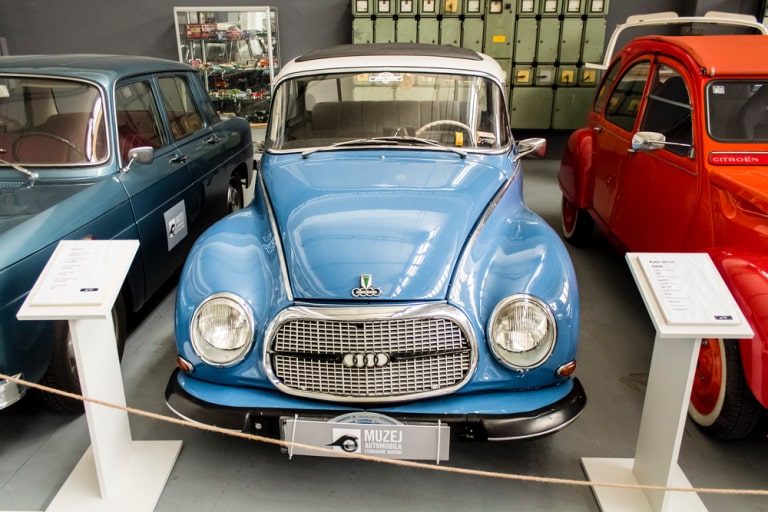 DKW is a leading German automotive brand for cars and motorcycles. The company has produced a long list of popular cars under its name. In the 1920s, the company was considered the world’s leading motorcycle manufacturer. 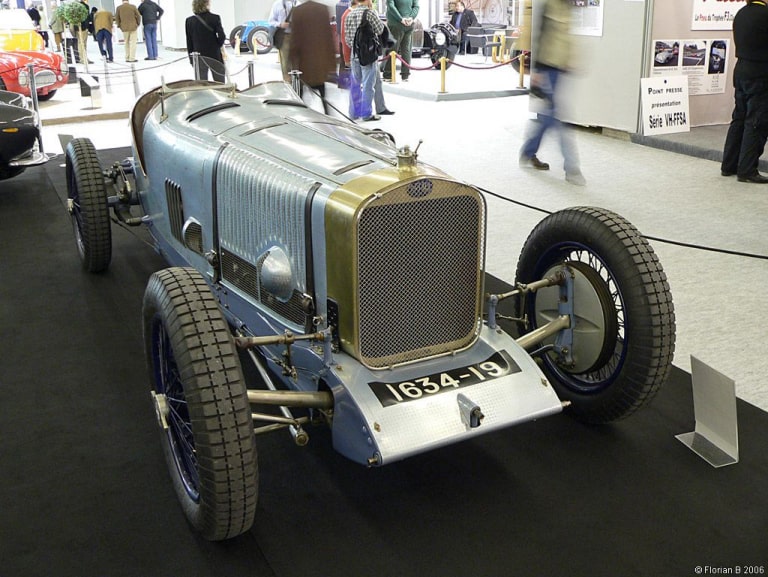 Delage was a French luxury automobile and race car manufacturing company established in 1905 by Louis Delage.

This company is known for its success in motorsport racing during the 1920s with cars such as Delage 2 LCV, which won the 1924 European Grand Prix in Lyon and the 1925 Grand Prix of ACF Montlhéry. In the 1930s, Delage started producing luxury automobiles including Delage D4, Delage D6, and Delage D8. 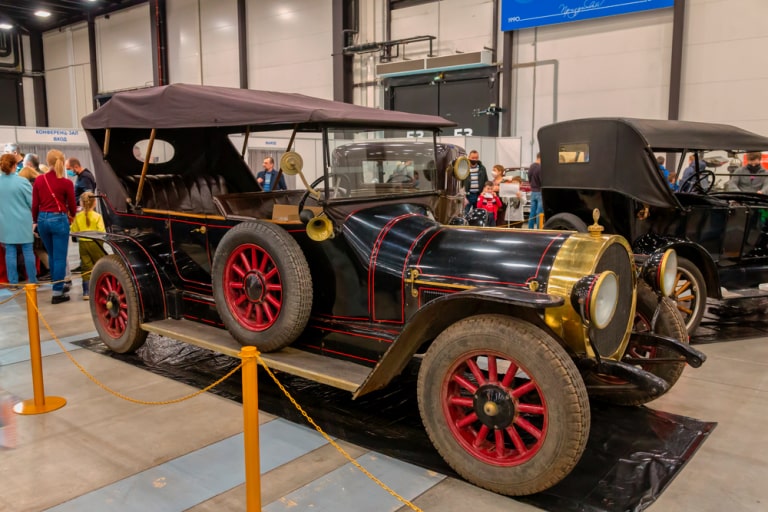 Delaunay-Belleville was a famous luxury automobile manufacturer based in Saint-Denis, France. The company was one of the most admired car manufacturers in the world, especially in the early 20th century, most celebrated for its desirable automobile designs. 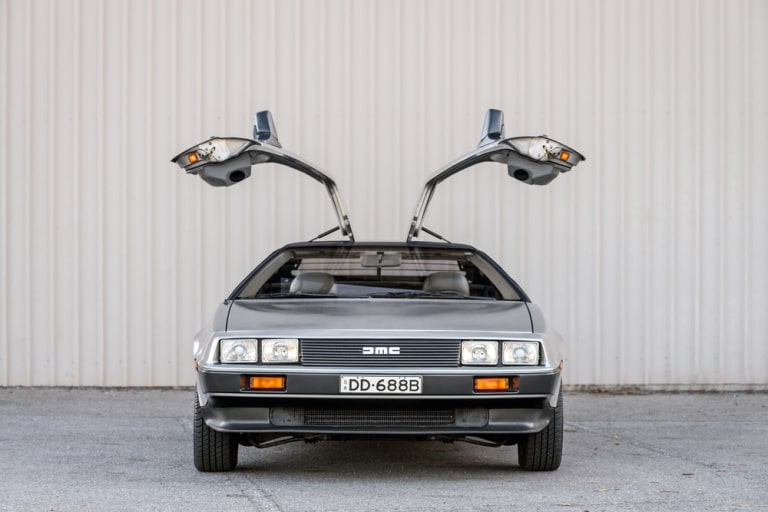 DeLorean Motor Company was a leading American automobile manufacturer founded by John DeLorean in 1975. The company was celebrated for the DeLorean sports car that had brushed stainless steel outdoor body panels and gull-wing doors. But after a short-lived and turbulent history, the company filed for bankruptcy in 1982. 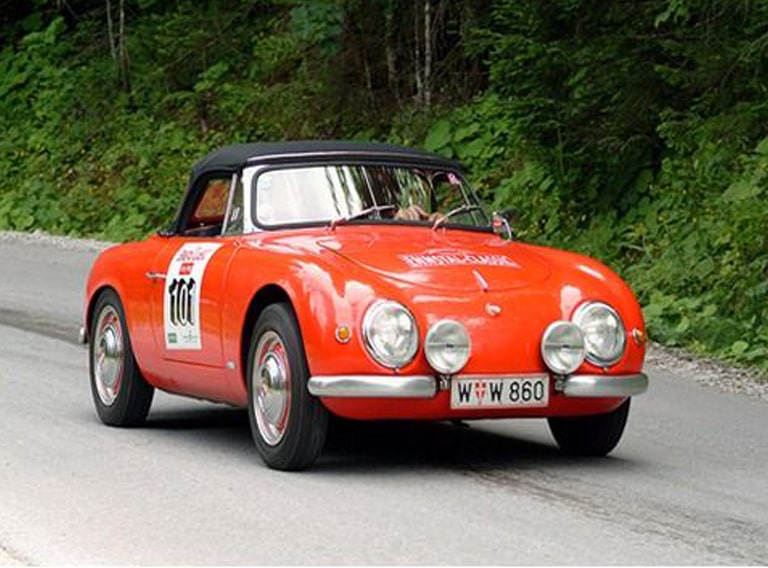 Denzel is a famous Austrian car manufacturer founded by Wolfgang Denzel in 1948. The company proved to be a major competitor of Porsche in Austria in its heydays. Currently, the company specializes in building specialist cars that are mostly open roadsters, including the Denzel 1300. 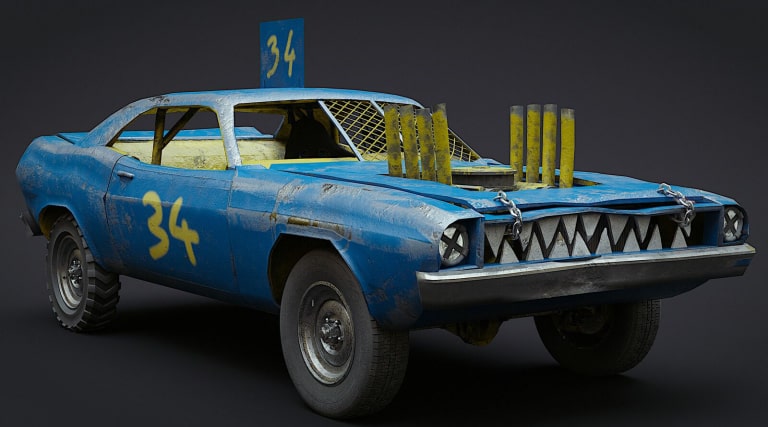 Derby was founded in 1912 by Bertrand Montet – a general engineering company. After the First World War, the company started to specialize in the remaining ex-military Harley Davidson motorbikes which were in abundant supply.

Later on, the company began engaging in the cyclecar market using the Harley Davidson V-twin engines. The name “Derby” symbolizes its association with the sport. Its four-cylinder version was presented together with the V-twin at the Paris Salon d’Auto in 1921. 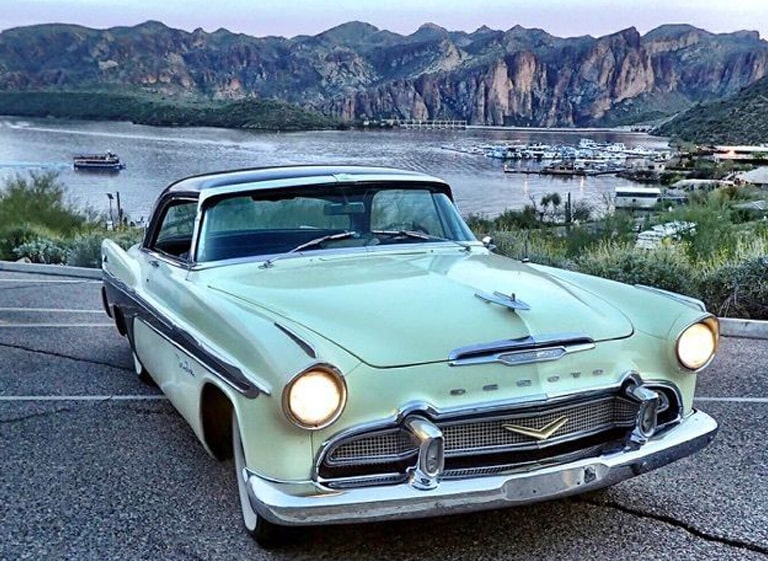 DeSoto is a popular American automobile brand for cars manufactured and sold by the DeSoto Division of Chrysler. It was very popular between 1928 and 1961, with over two million cars manufactured under its brand name. 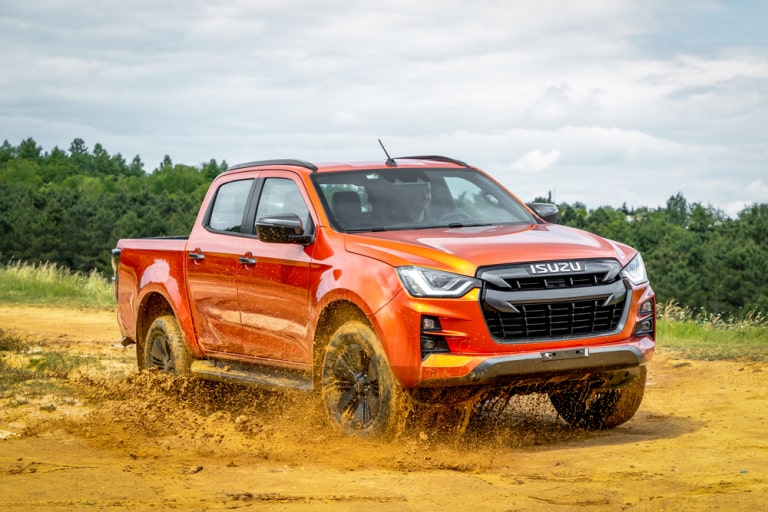 This Isuzu D-Max brand was officially launched in Australia in 2008. After Holden’s parent company downsized its relations with Isuzu, the latter went on to launch its wildly prosperous Rodeo brand with an Isuzu badge up front and D-Max wrought across its back. Its latest version tops other brands in class safety, improvement, and equipment levels. 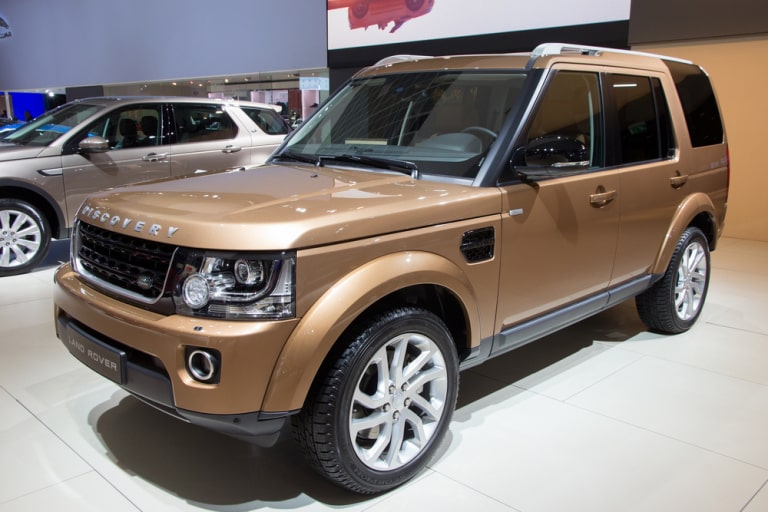 The Land Rover Discovery was launched in Australia in1991, and since then it has gained a strong following in the country and other parts of the world, especially among 4WD fans. Since its launch, this car has been upgraded severally, with the original version and its 1998 successor being derived from the first Range Rover (1970). All its versions are designed to offer genuine off-road abilities.

The go-anywhere Discovery 3 of 2004 was developed under Ford ownership, as was the ‘4’ facelift. This car brand is available in both petrol and diesel, along with the brilliant ‘Terrain Response’ off-roading system.

From Traditional to Modern: The Best Ideas for Wedding Vows