Friends tend to know a lot of things about each other. It’s one of the marks of good friendships. If you aren’t the kind to get too entangled in your friends’ personal lives, you can still learn a lot of trivial things about them. The following funny questions to ask your friends will help forge a strong bond, and it’s a great pastime too!

How Does Asking Questions Help To Strengthen Your Bond?

Karen Huang, a psychological scientist, reveals that asking questions helps build positive relationships. By posing questions to your friends, you show your willingness to learn more about them and connect with them.

While deep personal questions help forge strong interpersonal relationships, silly questions are also important to maintain a happy, healthy vibe between you and your friend.

The hidden gems that your friends reveal through casual questions can be very entertaining, and they also leave room to ask further silly questions or move into more serious topics.

It is recommended that you attempt these questions over a game or boozy brunch, and keep the laughter flowing!

#1. If You Were Invisible For The Next Ten Minutes, What Would You Do?

If your friend could go completely unnoticed for the next ten minutes, would they do something illegal or prank someone?

#2. Can I See Your Browser History?

Secrets make the world go round, and there’s a lot you can understand about someone from their browser history.

#3. What Would You Not Name Your Kid?

#4. What Crime Would You Be Arrested For?

There’s always that one possible reason due to which your friend may spend a night behind bars.

#5. What Is The Most Useless Talent You Have?

There are certain “useless” talents that don’t really have an audience, but hey, they’re talents nevertheless.

#6. Which Celebrity Would You Have A Deathmatch With?

Sometimes, it’s just not possible to explain why you dislike somebody famous. Find out what celebrity your friend would fight to the death if given the opportunity.

#7. Which Body Part Would You Want To Detach And Why?

Have you ever wanted to remove your nose from your body because it’s runny and annoying? What’s that one part that your friend wouldn’t hesitate to detach from their body?

#8. What Kind Of Cult Would You Like To Start?

There’s something mysterious and a tad dangerous about being part of a cult. Is your friend obsessed about anything enough to begin an exclusive cult?

#9. If You Could Be Another Gender A Whole Day, What Would It Be?

Who hasn’t wondered what the other gender lives through? Ask your friend what gender experience they would like to live through for a day.

#10. Which Music Band Would You Be The Member Of?

Music is a huge part of many people’s lives, often making you want to be a part of their band. Are we talking One Direction or going with the evergreen Queen? 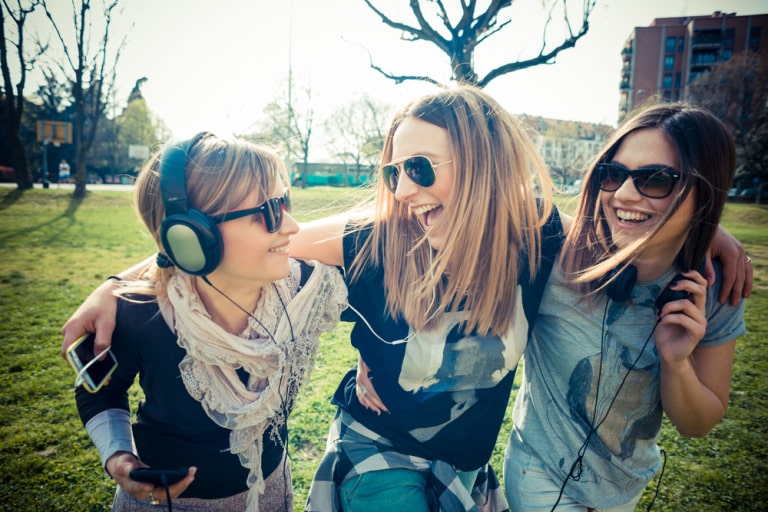 There’s bound to be a situation where your friend is charismatic (or chaotic) enough to be recorded and made viral overnight.

#12. If You Could Create A Magic Pill, What Would Its Power Be?

The prospect of being bitten by an insect to gain powers might be terrifying, so we’ll settle with swallowing magic pills. So if there’s one power your friend could obtain using a magic pill, what would it be?

There’s a host of nicknames and endearments one can use during physical intimacy, but has there ever been a name too hilarious or weird to utter in bed?

#14. What Is The Funniest Way You Got An Injury?

Watching compilations of people tumbling is a guilty pleasure for many. It gets even funnier when someone you know injures themself.

#15. What Secret Conspiracy Would You Start?

What’s that one mega deceptive story that would be incredibly funny to tell everyone around you? Ask your friend what they would cook up, and check if you’d fall for it.

#16. If You Could Give Your WiFi A Vulgar Name, What Would It Be?

Get your friend to change their WiFi name to something NFSW that they’ve been meaning to — the consequences are most definitely worth it!

#17. Would You Include Me In Your Last Will/ Testament?

To be loved by your friend so much that they’re willing to put your name in their will is incredibly sweet. Doing it in their 20s is morbidly hilarious though.

#18. If You Could Make One Thing Illegal, What Would It Be?

Your bestie being a lawmaker while having numerous pet peeves could be funny and disastrous all at once. The possibilities are endless!

#19. What Is The Worst Purchase You’ve Ever Made?

All of us have most probably face-palmed ourselves after an impulsive purchase. Has your friend bought something incredibly useless?

#20. What Would Be The Soundtrack Of Your Life If It Was A Movie?

Would your friend like Fred Astaire playing in the background, or the fast-paced Mario soundtrack?

#21. Would You Date A Cloned Version Of You?

Talk about Narcissus and his reflection! Jokes aside, being sexually attracted to yourself is called autosexuality, and it is accepted by the queer community. 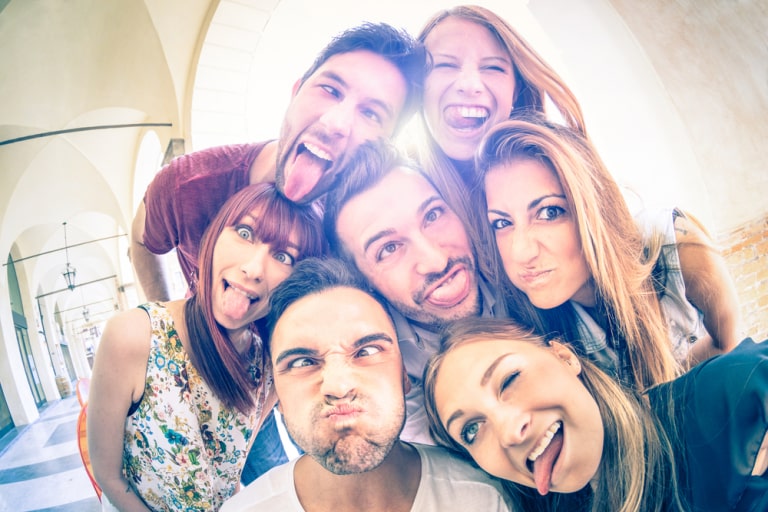 #22. What Is The Most Ridiculous Excuse You’ve Given Someone?

Sometimes, people just don’t have the emotional bandwidth to give proper excuses and end up blurting out the most ridiculous things ever.

#23. What Object Do You Want A Lifelong Buy-One-Get-One Sale For?

Your friend may not be a hoarder, but some things in life need to be bought at double the amount.

#24. What Is Something I Wouldn’t Believe About You?

There’s no better way to trick someone into spilling the tea about themselves than by asking this question.

#25. What Is The Worst Pickup Line You’ve Seen That Works?

When you ask this question, make sure to find out if your friend ever tried using the line as well!

#26. What Ridiculous Lie Did Your Parents Trick You Into Believing?

Kids will believe anything their parents say, and it’s hilarious if they end up believing the lies for years. What embarrassing fact did your friend believe?

#27. Which Celebrity Would Be Terrified Of You?

You may be able to embrace your friend’s chaotic nature, but they might be the absolute nightmare for a celebrity.

#28. What Is A Motivational Quote You Hate The Most?

If you know a quote your friend can’t stand, you could repeat it to them endlessly and have a good laugh!

Admittedly a morbid question, but last words are perfect material that you can put on people’s epitaphs.

A harmlessly prank on their ex can be fun, but only if they’re on good terms.

#31. What Natural Calamity Are You Most Likely To Trigger?

There’s always that one friend who’s super chaotic and ends up stuck in the wildest situations.

#32. How Would You Spend A Million Dollars In One Day?

Money does make the world go around, but can your friend successfully spend one million dollars within a day and be satisfied?

#33. What Is The Funniest Gossip You’ve Heard About Yourself?

Find out some hilarious rumors about your friend; they may secretly even be true!

Cooking is supposed to be cathartic, but some of us just don’t have this gift.

#35. Which Animated Character Could Take You In A Fight?

Maybe your friend thinks they stand a chance against Naruto (they wish), but they might be no match against Ferb’s wit.

Car Guide: 24 Popular Cars That Start with the Letter D

Green Flags in a Relationship: Keep an Eye...

10 Dating Red Flags That Should Send You...

How to Get Your Ex-Girlfriend Back: When and...