When you think of cars that start with R, the first brands that come to mind are Renault, Rolls-Royce, and Ranz. But that’s merely touching the tip of the iceberg.

This article lists some of the most well-known automotive brands that start with the letter R, along with a brief preview of how they came to be. Let’s dive right in! 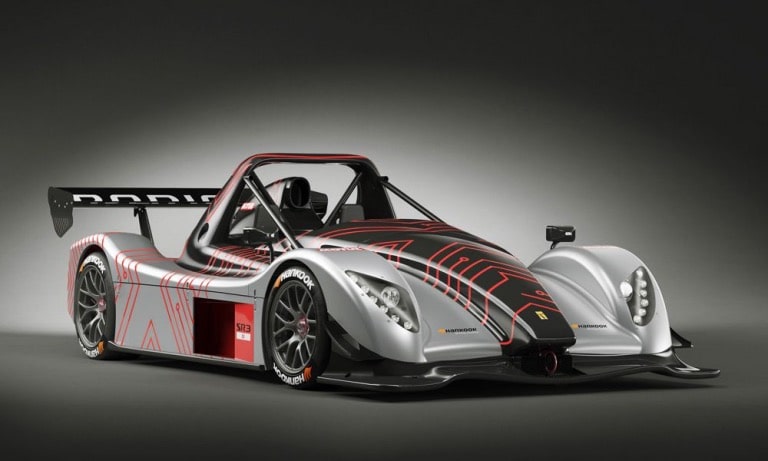 Founded in 1997, Radical Sportscars is a British sports car manufacturer and constructor. The company produces an array of all-purpose race cars, including road-legal sports cars of varying specs and designs.

Currently, the Radical SR3 is its most popular race car, with the RXC V6 following close behind. Other notable models include the SR1, SR8, SR10, RXC Spyder, and RXC V8.

Ram, formerly Ram Truck Division (of Chrysler), is an American automobile company that produces light to mid-weight commercial vehicles. It was established in 2010 as a Dodge spin-off with the name “Ram Pickups.”

In 2012, Ram established itself as its own company and started producing Ram “Classic” trucks. Ram currently has a total of four manufacturing facilities; two in North America, one in South America, and one in Europe.

During the late 60s, the Rambler American was among the lowest-priced cars built in the US. It is mostly popular for its economic price tag, as was proven by several Mobilgas Economy Run championships.

Currently, the first-gen Rambler American is valued as one of today’s most affordable and fun collectibles.

To quote author and news editor Mike McNessor, “Its reputation hasn’t changed; the Rambler American still remains an affordable, stylish people mover—though rather than a daily beater, it’s rolling down the road as a collector’s item.”

Ranz, (Chinese name: Shi Lang, literally “Bright Life”) is a Chinese automotive company that specializes in electric cars. It was founded in 2013 and is currently owned by the Tianjin FAW Toyota Motor Co., Ltd.

The first Ranz concept car, the Ranz EV, was unveiled at the Shanghai Auto Show in the same month and the year it was launched. 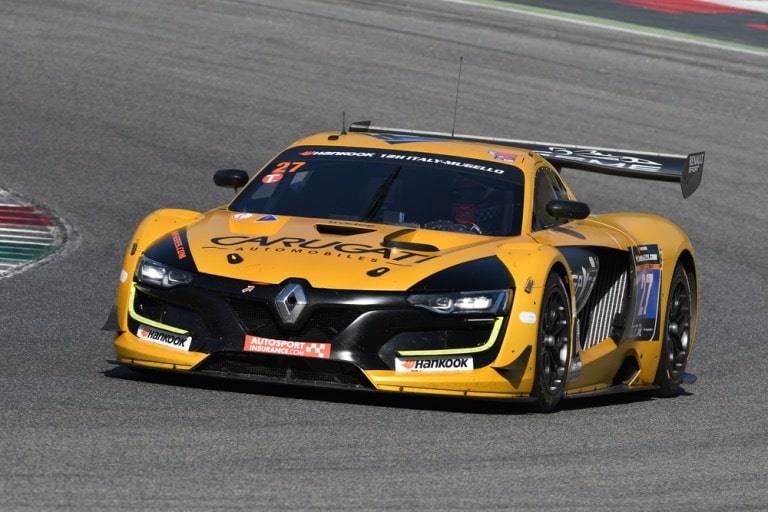 Established in 1899, Renault, also known as Groupe Renault or Renault Group in English, is a French multinational automotive company that produces a range of vans and cars, as well as trucks, tanks, tractors, buses, and even aircraft.

Renault is currently the 9th biggest automaker in the world by production volume, with the Renault–Nissan–Mitsubishi Alliance being the world’s biggest seller of light vehicles.

Renault Samsung Motors (RSM), not to be confused with the French car manufacturer Renault, is a South Korean automotive company that was established in 1994 by the Samsung Group. It markets a large array of cars, from crossovers to electric models.

The RSM is part of the Renault–Nissan–Mitsubishi Alliance. It has a production capacity of 300,000 cars per year.

Rezvani is a car company that designs luxury sports cars. It was founded in 2013 by entrepreneur Ferris Rezvani, who used to work with DBC, Ferrari, and Aston Martin.

Three of the company’s most popular models include the Beast, the Hercules, and the Tank. The first Rezvani Beast was purchased by Chris Brown in 2015, who used the car in his single “Liquor.” In 2017, Brown added the Rezvani Tank to his collection.

The Concept One was Rimac’s very first car model. Upon its inception, it was immediately dubbed the “fastest production electric vehicle in the world.”

Rimac later produced the Concept S, which was lighter, more powerful, and even more aerodynamic than the Concept One.

Rimac’s most recent model, the Nevera, was unveiled in the Geneva Motor Show in 2018. It features butterfly doors and various power upgrades. According to official tests, the Nevera can accelerate from 0 to 60 mph in just 1.85 seconds. 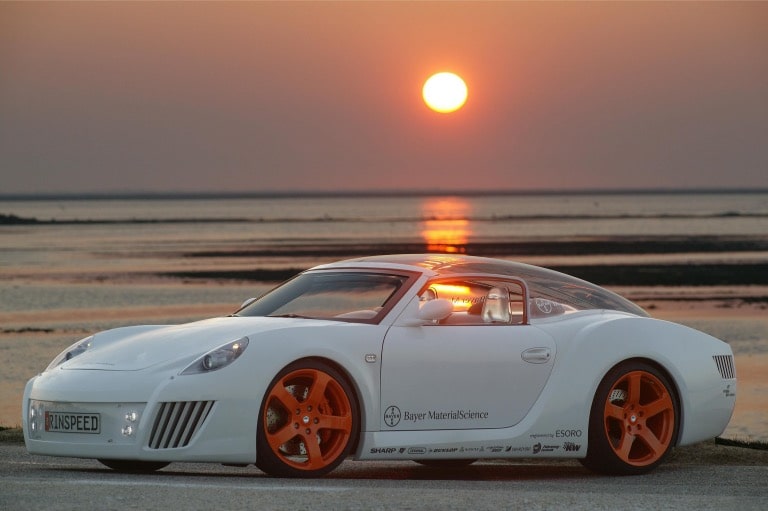 Rinspeed is a Swiss car company established in 1979 by automotive visionary Frank M. Rinderknecht. Impressively, Rinderknecht founded Rinspeed while he was only a student at the Technical University of Zurich.

Based in Lyons, Rochet-Schneider was a French automotive company that produced vehicles from 1894 until its liquidation in 1932.

With its slogan, “Strength, Simplicity, and Silence,” Rochet-Schneider was advertised towards wealthy hobbyists and collectors. It was often fitted with pattern leather, brass components, and hand-crafted wood.

Throughout its 38-year operation, Rochet-Schneider built just under 250 Benz and Mercedes-type cars a year.

In 1904, the company was bought for approximately 4.5 million francs (4.9 million dollars today) and was renamed Rochet-Schneider Ltd.

Rolls-Royce is one of the world’s most popular luxury automobile makers. It was founded in March 1998 as a wholly-owned subsidiary of BMW. In 2003, the company began manufacturing vehicles under the Rolls-Royce brand.

When Chief executive Torsten Müller-Ötvös joined the company in 2010, Rolls-Royce sales in China increased by a jaw-dropping 600%. This made China the company’s second-largest market after the US.

Ronn, also known as Ronn Motor Group (RMG), is an American automaker based in Scottsdale, Arizona.

The company’s first and only model, the Ronn Scorpion, was inspired by a business trip in China. Ronn Maxwell Ford, the founder of RMG, wrote up a business plan in 2008 and launched the Scorpion in the Top Marques Monaco in 2009.

Later that year, the Scorpion was displayed at the  California State Capitol, where then-governor Arnold Schwarzenegger took it for a test drive.

It wasn’t until 2015 that the company announced the production of the Scorpion. Although the car has yet to be sold to the masses, the company seems to be making good progress on the vehicle. 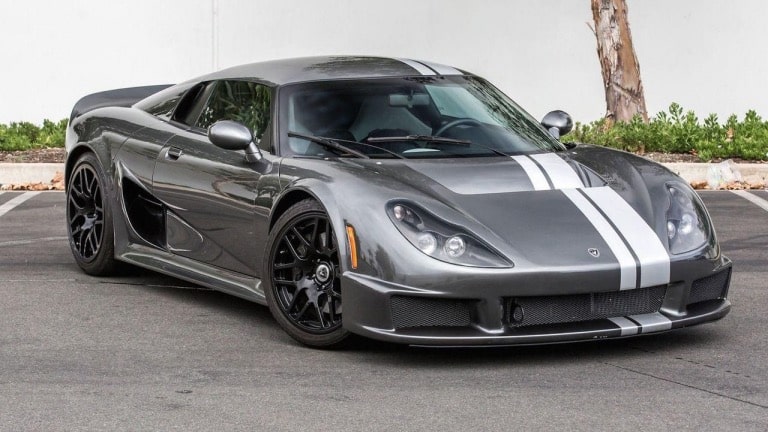 Rossion is an American supercar manufacturer headquartered in Riviera Beach, Florida. It has produced a total of four Rossion models: the Rossion Q1, the Q1R, the Noble, and the Mosler.

Rover, also known as Roven Company Limited, was a British automotive industry that manufactured and popularized the Land Rover and the Range Rover series in 1948 and 1970 respectively.

The Land Rover was the company’s most profitable and successful model, so much so that it eventually became a separate company under the name Jaguar Land Rover (JLR).

Using the base chassis, Ruf builds its cars from the ground up as completely new. For this reason, all Ruf models have their own Ruf VIN and serial number, and thus recognized as a Ruf model rather than modified Porches.

One of Ruf’s most popular models, the Ruf CTR Yellowbird, reached a record-breaking speed of 211 mph (340 km/h).

The sports car was given the title, “The Fastest Production Car in the World” by the American car magazine Road & Track.

Although mostly known for the Russo-Baltique vodka—the world’s most expensive vodka at 1.3 million a bottle—Russo-Baltique was also a Russian automotive company. It was one of the first Russian manufacturers of vehicles, aircraft, and trucks between 1909 and 1923.

Russo-Baltique, also known as Russo-Balt, was founded in 1874 in Riga. At the time, Riga was a major industrial center of the Russian Empire. The company died in 1941 when the Moscow plant was evacuated to Kazan.

In 2006, the Russo-Balt model was resurrected by a group of Russian and German investors under the same name. The company aimed to produce approximately 10 to 15 new-gen Russo-Balt luxury cars at a price point of $870k. Unfortunately, the project has yet to be completed.

There you have it; 16 cars that start with R! The mentioned cars above have all graced the streets of the US at one point. Some of the brands are now defunct, like Rochet Schneider and Rambler, while others are still gaining prominence to this day. So, which brand is your favorite?

Opinion Marking Signals – Everything You Need to Know About Them

Cars That Start With “C” – A Complete Guide