If you loved the first season of The Witcher TV series on Netflix, you will definitely find The Witcher books quite interesting. In fact, the books should keep you busy as you wait for season two of The Witcher series.

If you are wondering which order to follow when reading these books, this article will show you how to read The Witcher books in order so that you do not miss any important chapter. 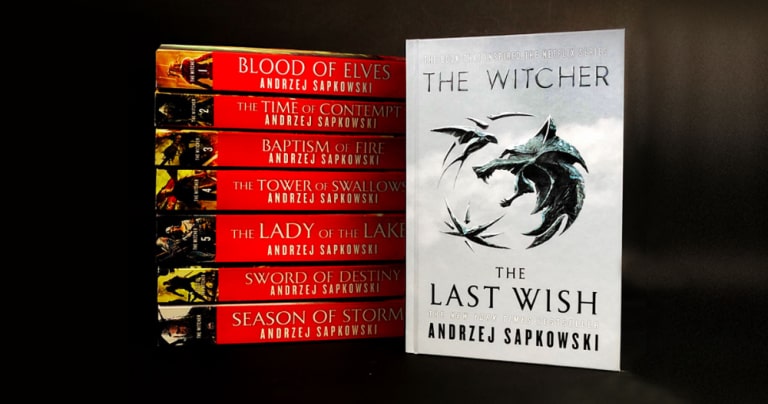 The Witcher is an illustrious series of six fantasy novels and 15 short stories authored by Andrzej Sapkowski – a renowned Polish author. This book series revolves around the eponymous “witcher,” Geralt of Rivia. In his books, Sapkowski uses the term “Witcher” to refer to monster hunters who develop supernatural powers to fight the beasts and monsters at a very young age.

The Witcher started with an ostensible 1986 short story that the author used to enter into a competition held by Fantastyka magazine. This short story marked the start of Sapkowski’s career as an author. The impressive reception of his first short story pushed him to write another 14 stories before starting a series of comic novels in 1994.

Each book in the series took one year to complete. Therefore, the fifth and final book was released in 1999. However, the author later produced a standalone prequel novel known as “Season of Storms”, which was published in 2013. The Witcher books, which have so far sold over 15 million copies, have a cult following in Poland as well as in Central and Eastern Europe.

They have also been translated into 37 languages and adapted into a film known as “The Hexer”, two TV series (The Hexer and The Witcher), a trilogy of video games (The Witcher, The Witcher 2: Assasins of Kings, and The Witcher 3: Wild Hunt), and a series of graphic novels. It is also important to mention that the three video games have been more successful than the books, selling more than 50 million copies as of May 2020.

Sapkowski created a language for this series known as Elder Speech. This language is based on Welsh, English, French, Irish, Latin, and other languages. The dialects are mainly spoken on the Skellige Islands and in Nilfgaard. In a recent interview, Sapkowski revealed that he wanted the language to be practically readable to avoid footnotes. 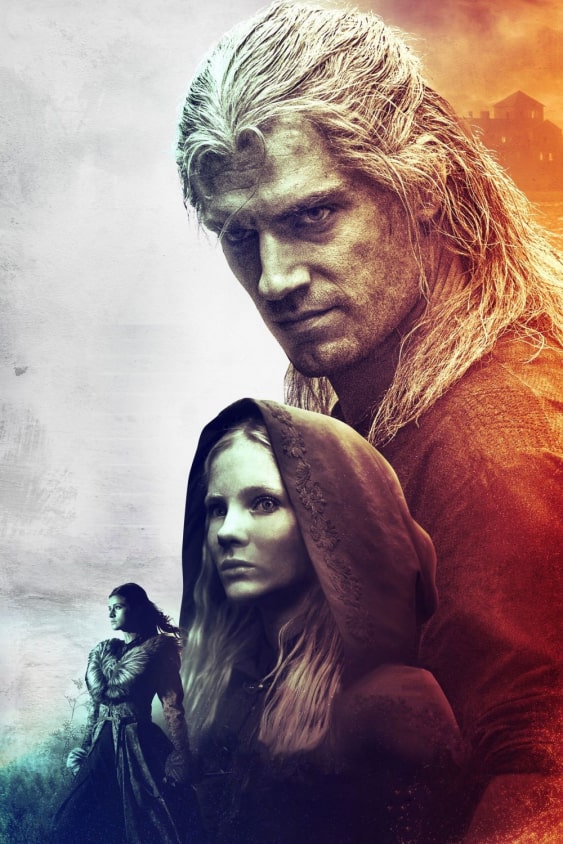 The Witcher focuses on two main characters: Geralt of Rivia and Ciri, who are connected by destiny. Ciri, who is the princess of a newly conquered country and a hostage of international politics, becomes a witcher-in-training, while Geralt is drawn into a series of events in his attempts to protect her.

These stories are set on an unidentified Continent, which was occupied several thousand years earlier by foreign elves. When these elves arrived, they met gnomes and dwarves, with whom they fought, forcing the dwarves to retreat into the mountains. The elves, on the other hand, settled in the plains and forests.

When the human colonists arrived, about five hundred years before the events in the stories, they ignited a series of battles, with the humans emerging victorious and becoming dominant. The non-human inhabitants, commonly referred to as second-class citizens, often live in small shanties within human settlements.

Those who do not live in the shanties reside in wilderness regions that are yet to be claimed by humans. Other inhabitants found on the Continent are Halflings and dryads. Werewolves and vampires occurred after a supernatural event referred to as the Conjunction of the Spheres.

In the centuries before the stories were written, most of the Continent’s southern regions had been taken over by the Nilfgaard Empire, with the north belonging to the disjointed Northern Kingdoms. The Witcher story takes place in the aftermath of the first major war between the Nilfgaard Empire and the Northern Kingdoms, with a second war beginning in the middle of the series.

Since he started writing the series back in the 80s, Sapkowski has so far published eight Witcher books. The series features two short stories, five fantasy novels, and a standalone novel. For you to enjoy and understand the plot, you have to read the books in the right order.

Reading The Witcher Books in a Chronological Order 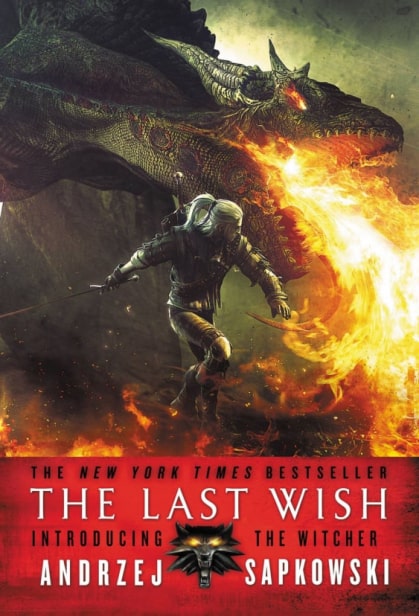 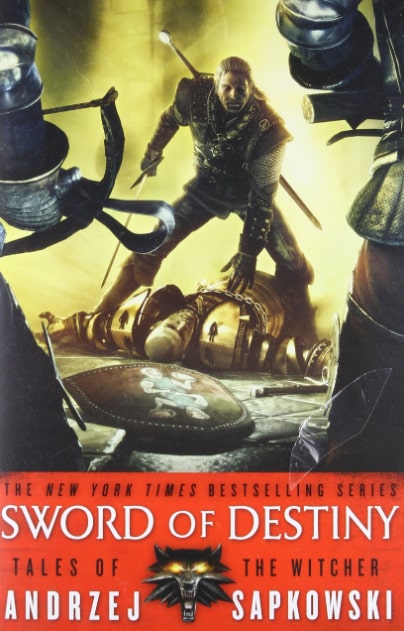 Although the Sword of Destiny was published a year before the Last Wish, it is considered the second of the two collections of short stories. It consists of six short stories that are loosely linked in a chronology. The stories take place before the events featured in the fantasy novels and introduce characters that become the main players in the novels. 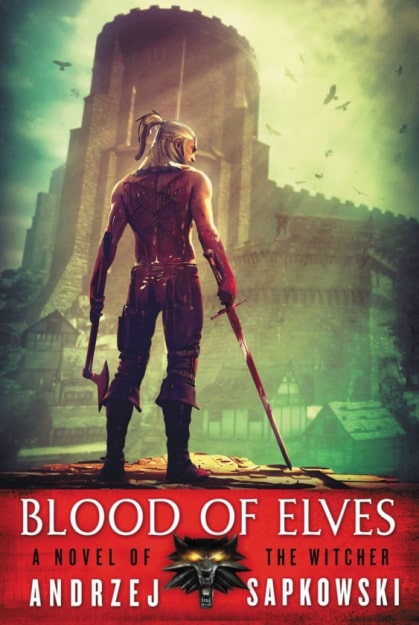 This is the first fantasy novel in The Winter saga. It was released after the short story collections and introduces Nilfgaardian Emperor Emhyr var Emreis’ pursuit of Ciri to marry her and attain power over Cintra, her birthright. She is also being sought by a mysterious sorcerer.

The Time of Contempt 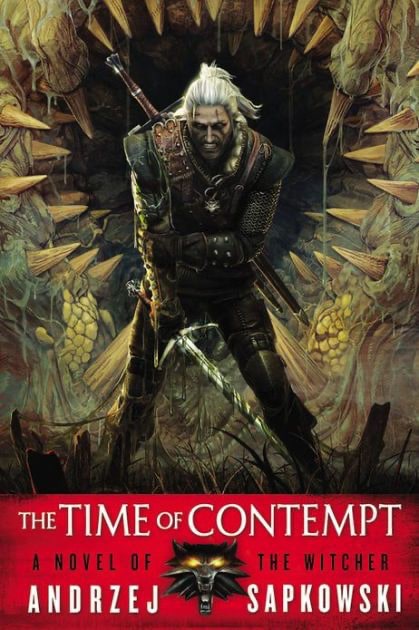 This fantasy novel picks up from where the previous novel finishes. In this novel, Ciri comes into contact with some powerful sorcerers on the Continent, but she is forced to run with a group of bandits referred to as The Rats due to the intensifying war. 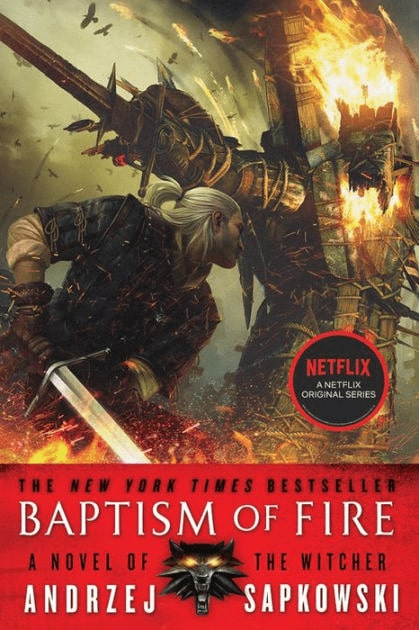 The Baptism of Fires novel shows Geralt spending his time in Brokilon forest where he is recovering from the events of the preceding novel. It is in this forest that Geralt and Dandelion encounter an elven archer called Milva, who decides to join their group. The book ends with Geralt officially receiving his “of Rivia” title after an epic battle and Ciri starting to feel at home with The Rats.

The Tower of Swallows 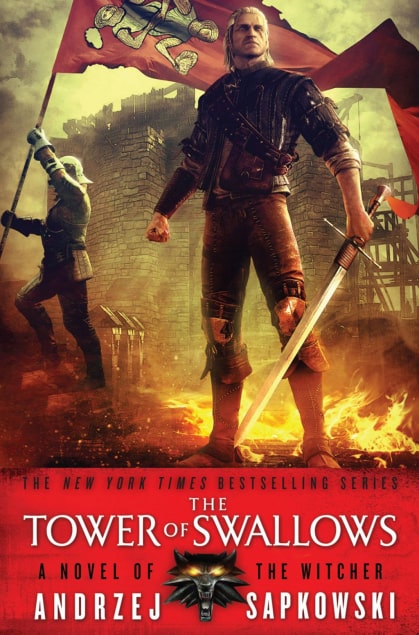 In this novel, Ciri is gravely injured in an encounter with Nilfgaardian prize hunter Leo Bonhart, who was hired by the coroner Stefan Skellen to eliminate her. But an old man nurses her back to health while Geralt’s group continues their search for Ciri. Geralt also renounces his status as a witcher.

The Lady of the Lake 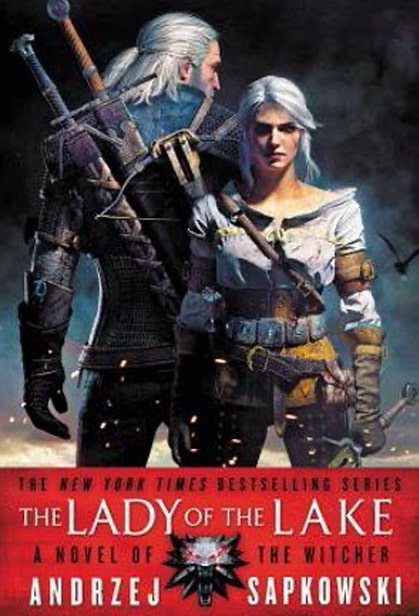 This is the last fantasy novel in The Witcher saga. In this novel, Ciri meets Arthurian Knight Sir Galahad who considers her to be the eponymous lady of the lake. The story cuts to a dream in which Geralt overhears Skellen and sets out to save Yennefer from a faraway castle.

She tells Galahad about her time in the elven world of Aen Elle, home of the Wild Hunt, and begins to jump between worlds in order to escape them. But Eredin Breacc Glas tirelessly chases her, as she heads towards the final meeting with her surrogate parents Geralt and Yennefer. 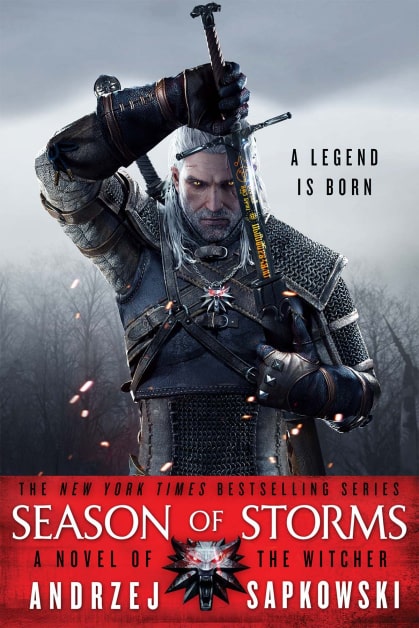 This is a standalone novel published in 2013 after Sapkowski finished writing The Witcher saga. The Seasons of Storm novel contains stories that happen between the events in the Last Wish that are not necessarily close to each other. It also offers a few hints about what to expect next.

If you don’t mind spoilers, you can read this novel immediately after reading the Last Wish. But if you want to enjoy the suspense, then save it for the last. You will enjoy reading it as a review piece.

How to Read The Witcher Books in Their Release Order

Spanish Words That Start With D: A Complete...

All The Spanish Words You Need That Start...

Hardcover Vs. Paperback: Which One Is a Better...

How To Say Happy Birthday In Japanese: Wishing...

All the Spanish Words That Start With W...